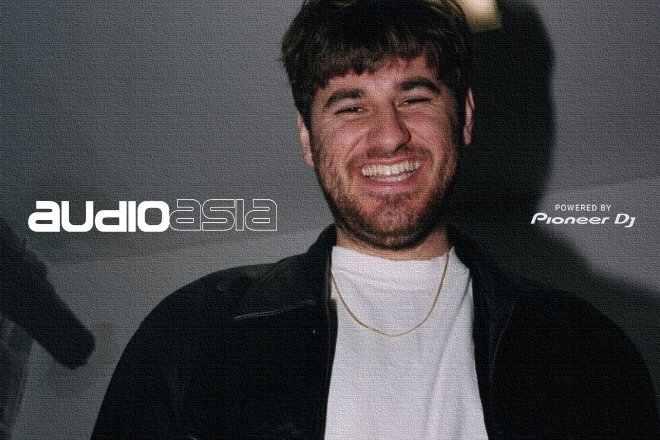 Japan's respected Sound Of Speed label celebrates its 20th year of operation with an appropriately celebratory selection of music from an ensemble set of artists. Benedek, Ogawa & Tokoro, and Svetozar all contribute superb creations on the four-track EP, and each track is deserving of full attention. However, we can only pick one for our Audio Asia segment, and we've opted for the record's opening piece, Project Pablo's outstanding 'Acoustic serenade'. Sound Of Speed Recordings was born out of an event series of the same name which started life back in 1997. The label followed a few years later and has gone on to present exceptionally good work from the cream of the underground, including DJ Nature, Kuniyuki, Jimpster, Aybee, Luke Vibert, Lay Far and many more.

Project Pablo perhaps the best-known alias of Canadian musician, Patrick Holland. Over the years, the Montreal-based artist has released under a number of monikers, and this year began releasing under his real name for the first time. He's put out excellent music on labels including Church, Let's Play House, Magicwire, Technicolour and many others alongside his own imprint, Verdicchio Music Publishing. On 'Acoustic Serenade', we find him in sparkling deep house form. The melodic track revolves around a delightful chord motif which rolls over a crisp drum pattern before a scampering top-line joins the action to lift the mood and the rugged arrangement switches between phrases to maintain focus. As is often the case with Project Pablo's work, the slickly-produced music is a perfectly-poised balance between raw and beautiful, representing a fitting way for Sound Of Speed to both celebrate their milestone and see out the year gone by. It may have been a late-comer, but this still manages to find space as one of our favourite deep house cuts of the year.

You can hear snippets of the entire EP here:

20 Years Of Sound Of Speed Records is out now, you can buy it here