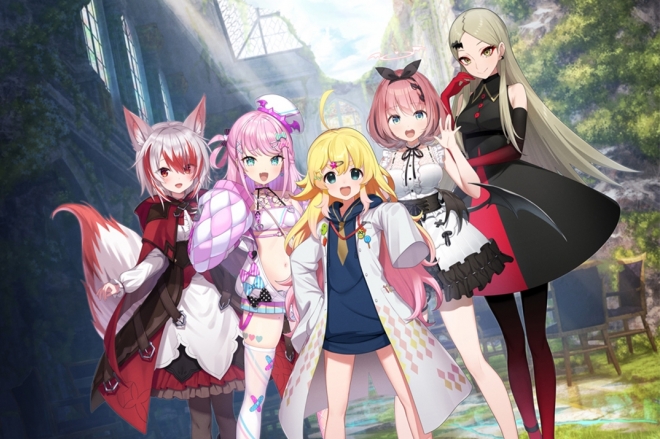 Even in the music industry, it's hard to shock us these days. We've lived through the pandemic, raved online, and been somewhat influenced by a virtual avatar that comes across as cooler than we'll ever be. And unfortunately for most, the virtual phenomenon has proven that it has not only become a permanent fixture in our twisted post-pandemic society but that virtual talent has a powerful, powerful future. A terrifyingly powerful future, that is. And Sony Music Japan is getting ahead of that future unfolding and is building the "largest virtual talent development and management project in history".

According to a press release, in August, the company launched a global talent audition for human creators to work as virtual characters for its Tokyo-based PRISM Project, which launched in January of 2021. It's self-described as a multinational VTuber agency from the future and looks to "push the boundaries of the virtual talent space by providing growth and development opportunities unrivaled in the industry today". They've already launched 12 so-called "virtual talents" who stream a variety of content fronted by an avatar like singing, karaoke, gaming, art, and more.

With the message that "VTubers Are Human, Too," PRISM Project acknowledges that while VTubers might be an online character, they are also talented human beings. VTubers, for the record, are online entertainers voiced and presented by real people but represented by an avatar to disguise their real-world appearance. The trend really picked up steam in Japan in 2018, long before the pandemic.

Is there an inner-you that's looking to manifest online? Auditions are open to all genders residing in twenty countries and regions worldwide who are "motivated, eager to seek out growth and development, and have a passion for bringing their message to the world."

They add that applicants should have a "strong desire to further their careers as professional virtual talents, wish to pursue streaming as virtual YouTubers (VTubers), and have interest in pursuing other related talent activities under a professional management team with industry-leading experience".

PRISM Project is just one of two virtual projects that the music behemoth is working on in the virtual world–it's also got an agency.

Officially called VEE Virtual Entertainment, the entity was launched last summer after also holding "auditions" and has already thrust five un-human talents into the limelight. And for the record, most of these "talents" already have more followers than us.

Should you be worried? Yes! Just in case you thought your job in the creative industry was secure, since you're a think-outside-of-the-box creative after all, think again. VEE's website says that "more than another 50 virtual talents are expected to debut from this project, and in addition to distribution and video production, they will be involved in music, voice acting, creative work, and other activities to make their 'dreams' come true".

Its parent company also says it "has developed a wide range of entertainment businesses, will support the activities of the virtual talents by making the most of its know-how and solutions."