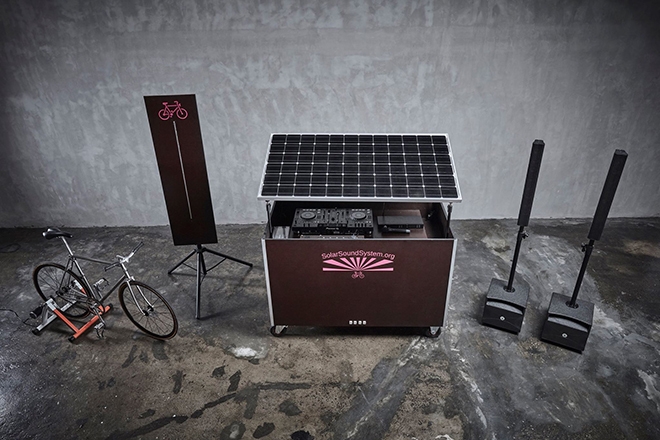 SolarSoundSystem is a sound system powered solely by renewable energies and to celebrate their 20th anniversary, and they’re launching an eco-responsible music label.

‘Solar Tracks # 01’ arrives on February 14 as a compilation and carries six tracks of DJs and producers that have been playing on SolarSoundSystems for the past twenty years. The complication will feature four exclusive productions with artists like Coldcut, Jay Ka, Ovhal44, Gregorythme, Naduve, Tai Rona, Harrison and Francois Del Mundo all featuring.

In addition to that, a remix of ‘Timber' by ColdCut will be present only on the vinyl version of this release, of which the first 300 will be numbered. The artist was the first to denounce deforestation in a video clip from 1997. In honour of that, one tree will be planted in Peru for each compilation sold thanks to a partnership with One Tree Planted, an environmental NGO that is rebuilding forests and restoring land.

Listen to the tracks below:

Based in France, SolarSoundSystem builds and manages sustainable and environmental friendly sound systems. It also operates in France, Germany, Basque Country and Israel, as well as Hong Kong in Asia. Also popping up regularly at events around Hong Kong, SolarSoundSystem last made an appearance at Shi Fu Miz where it powered a stage through energy harnessed on a pedal bike. Globally, the brand endeavors to educate on renewables energy through culture and music.

"As climate change and ecological crises intensify, all of the SolarSoundSystem branches are joining forces more than ever to make culture a mouthpiece for environmental causes," the reads a statement by the brand. "Over the years we've been minimizing carbon impacts in parties and music festivals, has been fortunate enough to be supported by renowned international artists and wishes to honour them, show gratitude, and freeze this support forever."

‘Solar Tracks # 01’ is out on February 14 and is available for pre-order here.