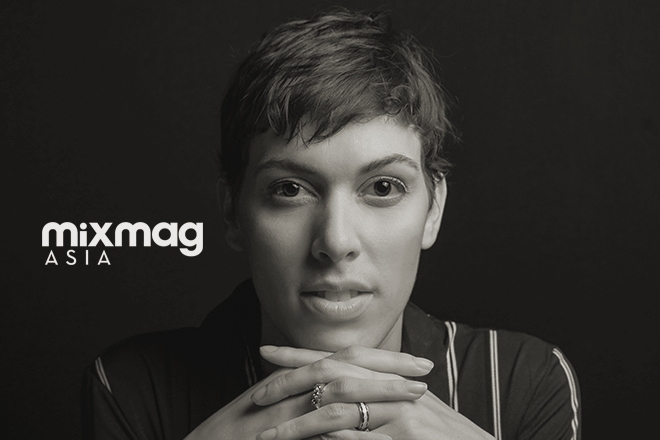 Bringing with her a quintessential knowledge of the rave scene and electronic music to Manila is just one of the assets that make Mica a standout selector in Asia. This episode of Mixmag Asia Radio with her will easily validate that.

Mica’s been shifting her weight in the underground dance scene across Southeast Asia for about seven years now, starting out with partnerships for musical organisations that include Phoenix Room in China, Rising Soul in Japan and the Philippines while she also runs an online radio show on Scientific Sound Asia from Vietnam. When it comes to committing to the scene, it’s a Pan-Asia affair for Mica. Even though events are on a hiatus for now, we expect her to revive her party concepts like Footprints and LOTUS which promotes female DJs across the region.

Her usual jaunts into a club sound are down a pulsating tunnel of minimal house, while still staying close to the early sounds that carved her journey in dance music. From younger days of listening to Sasha in Blackpool, to warehouse and underground nights in London that really gave zest to what is her life-long love. Of recent, she’s been glued to listening to the likes of Yogi P and Tommy Vercetti, and is a big fan of guys like Maher Daniel, Djoko and Manila techno favourite, Alinep, who happens to also be her husband.

While sifting through records at home, Mica got lost in her collection of breaks, which she’s thrown into this mix along with a few new bits she’s picked up. And just like the radio show intends, putting this mix together inspired her to get a four-track EP together which she’s just confirmed for release later this month on Sous-Vide Records.

Listen to Mica on Mixmag Asia Radio below.