Word has spread that Escape 56 series from Singapore was expanding to Bangkok in early November and also that it had locked down warehouse venues in both cities for a double weekender but the exact locations have been kept hush, until now.

In a sprawling city that is surprisingly short of unique venues, Escape 56 promoters in Bangkok have finagled a virgin warehouse in Ekkamai (just 5 minutes from Thong Lor). Set to be called Viva Market when it finally opens, the space has never been used before to the point that it is still under construction, which lends it even more of a warehouse vibe. See a sneak peek of the venue below. 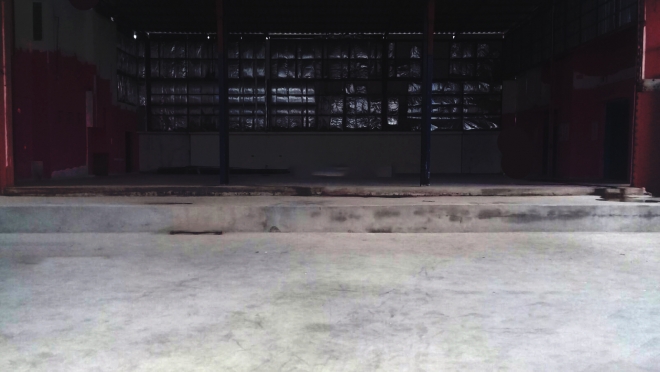 Singaporean DJ and promoter Zig Zach launched pop-up party series Escape 56 last September with Âme with the concept being built upon the idea of escaping the weekly routine of going to all the usual clubbing establishments by transforming art centers, warehouses and power plants into memorable clubbing experiences.

The event in Bangkok will be the first time the series steps outside of Singapore and came about after connecting with Thai DJ and promoter Sunju Hargun after the two discovereed that they share a likeminded ethos in that quality trumps quantity when it comes to events and that forward-thinking talent is the way forward.

This time around, Escape 56 has invited one of electronic music's finest, German underground house and techno icon Roman Flügel. Flügel’s career has spanned well over 20 years and he boasts a rich catalogue of dance floor bangers that run the gamut from ambient, IDM, house, techno, electro and left field. Maurice Simon, DOTT and Junesis are on the bill for the Bangkok event.

Roman Flügel will play both Escape 56 events landing him in Singapore on Friday November 3rd and Bangkok on November 4th. Stay tuned for information surrounding the Singaporean event. 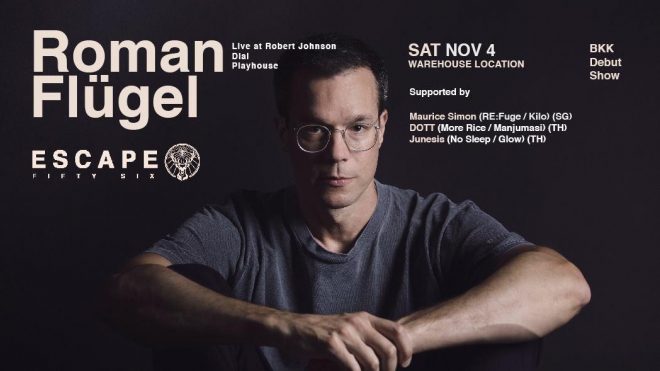