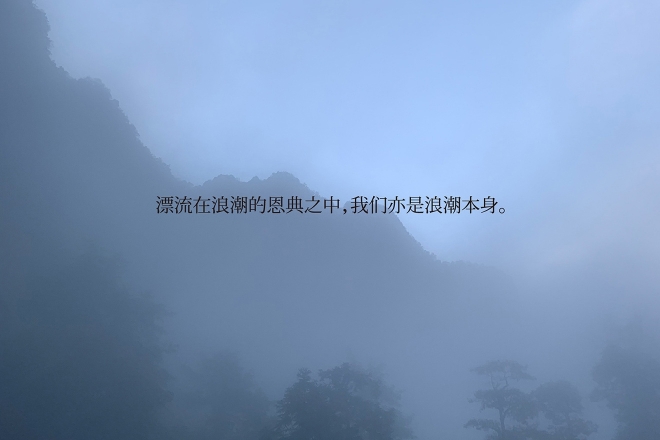 Born out of a passion for exploration, Beijing-based multimedia platform Shy People has launched a label under the name that is aimed at pushing electronic music with a Chinese perspective.

Judging by a passionate description on its website, founder Wang Yijun was enamoured with the ever-changing real-world landscape of the Internet, and how it changed music, culture, art and other emerging concepts and perspectives. “We are drifting on the grace of waves, and we are the wave itself.”

In keeping up, a label was born.

“In the last six months of operating the cultural platform Shy People, we have deeply felt the disorder and depression of reality, and (not only) young people urgently need to inspire each other, and work together to create what belongs to the current lifestyle and cultural values.

“Based on our interest in music and long-term insights, we can’t help but create the Shy People music label this month. By exploring how music creates an emotional connection with the crowd, we can find the resonance between us who lives in any corner of the big world and the times."

Wang goes on to explain that Shy People intends to find new electronic music producers and DJs, providing them with a wider range of career advice, opportunities to publish works and performances and reach more audiences.

In the interview with Radii China, Wang tells culture journalist Bryan Grogan that his idea for the label came after hearing music from a young university student called Night Swimmer. “I found that he didn’t seem to be good at publicity, and I tried to get him to send demos to other labels to listen to, but to no avail,” he tells Radii China. “So I began to wonder if I should start a music label to help young musicians?”

The debut release for Shy People comes via Night Swimmer who hails from the small city of Huanggang. The album is currently in production and is expected to be released in the summer. For now, you can watch the Wuhan-based Musician play music from his forthcoming album in front of White Dagoba Temple alongside American musician thruoutin.

Shy People began as a blog account on WeChat in 2018 with founder Wang Yijun covering a broad range of topics, eventually finding a niche in promoting electronic music and club culture. From there, the platform evolved into a brand that was put behind experimental events at nightclubs, galleries and record stores.