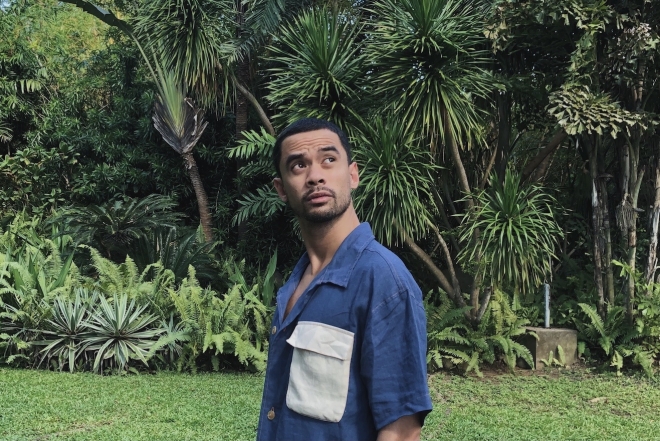 There’s an indelible connection between music and fashion. Both facets apprise the sign of the times, that it’s impossible to imagine a world where they aren’t intertwined.

For Carlos del Prado, also known for his sweatbox moniker, Shrugs and one half of eco-conscious unisex clothing line, ec.mnl, both industries aren’t just his bread and butter. Music and fashion carved an outstanding wedge of his identity — one that’s moulded him into a critical-thinking albeit easy-going creative. 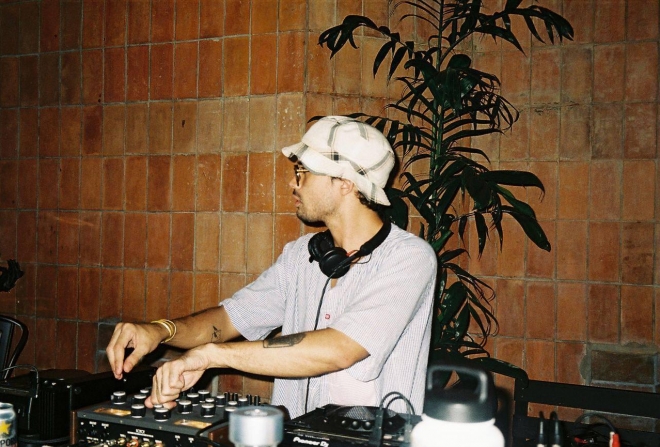 The 34-year old DJ, designer and stylist first found his liking of being behind the booth back in his university days. Like many in the small yet flourishing scene of the Manila underground, he’s surrounded by heads who were keen to contribute and cultivate.

“I found myself surrounded by friends who were playing gigs in different spots, more often than not, Today x Future and Black Market, which was so much fun in terms of contrast in concepts and energy. A friend of mine asked if I could play a small set for a sort of exhibit that she put up as part of a school project. I can say, truthfully, that I had no idea what to do with DJ software or gear but I knew what I wanted to play and how it was going to sound. One thing led to another, and I've been lucky to be surrounded by a group of very supportive people who have allowed me room to figure out where to go with the music.”

It didn’t take long for Del Prado to steadily find himself playing more gigs throughout the years. His are sets paced with airy aesthetic and lighthearted, uplifting mood. However, he isn’t one to quickly box himself. 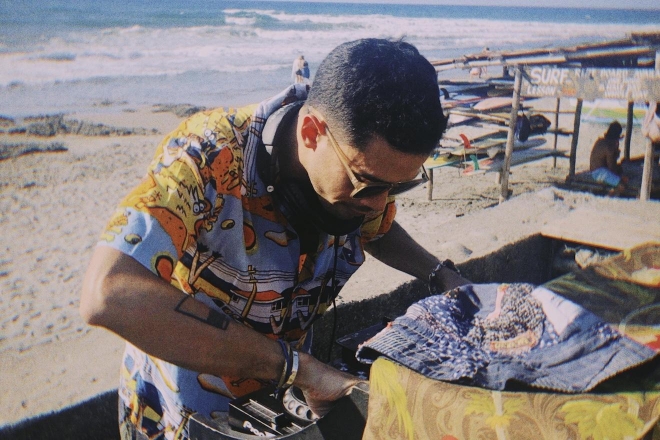 “I think that preference and style are always developing, and I try to keep an open mind. Simply put, I just like to dance, so I play what I think is dance music. I like to play things that I want to hear. And that works out better than I imagine. The less time I spend in my head when I'm playing, the better I feel about how and what I play. A lot of the DJs and acts I've really enjoyed are the ones who play at a level of clear comfort when they do their thing, and I like to think that I work towards that kind of an ideal. I guess I'm just really out here trying to make a go at a good time, and I hope the people in the space with me are sharing in that moment.

His proclivity for fashion, however, started a decade before he even got into DJing, and he credits much of his taste and style to his grandfather. That, along with hefty amount of personally-archived Japanese and Korean inspirations.

“For fashion and clothes, that happened earlier on, maybe 10 years ahead of the DJ idea. My Nonno, Carlos was this quietly stylish man who just had an eye for things, whether it was clothes or food or music. A man with taste, no doubt, and that was sort of a moment when I saw that being particular about small details wasn't a bad thing. It had more to do with respect for craft, and an understanding and appreciation for something that mattered to you on a personal level.”

It drove Del Prado to continuously evolve; to take three steps forward and willingly take five steps back — all in the name of producing a direction sincere to his principles, whether he’s cutting his teeth spinning or diving into piles of deadstock fabric.

“I think that as a creative process, I tend to approach DJing and clothing in similar ways. I have a general idea or direction that I'd like to work towards, and I sort of finesse things from there. So, there's a lot of reworking and questioning that happens - is it where I want the garment to be or is the vibe of the set where I'd like it to go / am I pushing it in a direction that I'm happy with. There are moments of genuine self-agonizing since I get caught up in these small details that I fixate on but thankfully Stacy is always there to help me snap out of it, and see the bigger picture again.” 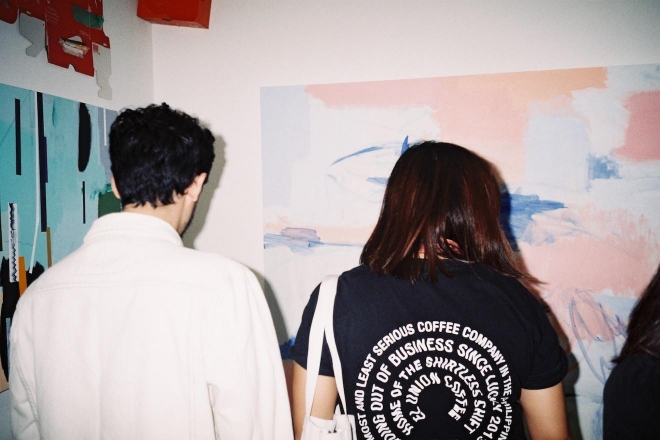 Fast forward to 2019, when he, together with his partner and ec.mnl co-founder, Stacy Rodriguez focused on co-creating a brand reticent to their persona — one that would mean so much more than slapping a name to a line and would bring about an intrinsic perspective that echoes for one, what del Prado plays to a crowd. In a world clogged with DJs venturing into fashion, with hype often blurring truly meaningful, hands-on creativity, the burgeoning, proudly Filipino brand, is anything but.

“When Stacy and I started talking about getting a brand going and making things, it was about a shared wardrobe. That was the origin point, and we've worked our way around that idea. I think we're very honest with ourselves and our ideas that that shows, and it speaks to people, which we're very happy about. So, we keep working from that space since there is a response. From that, it becomes a community-building experience, because having this thriving group of like-minded individuals just makes the scene so much more fun and interesting. Things move along, and we all move together. It's just good for everybody.”

What people wear and what people listen to will always be an unending, co-influencing cycle. Much of it comes from the anticipation of what’s coming next. As for Del Prado, and his dedication to not just going with the flow but mastering it, it’s only fitting to keep both eyes out as to what he has up his sleeve.