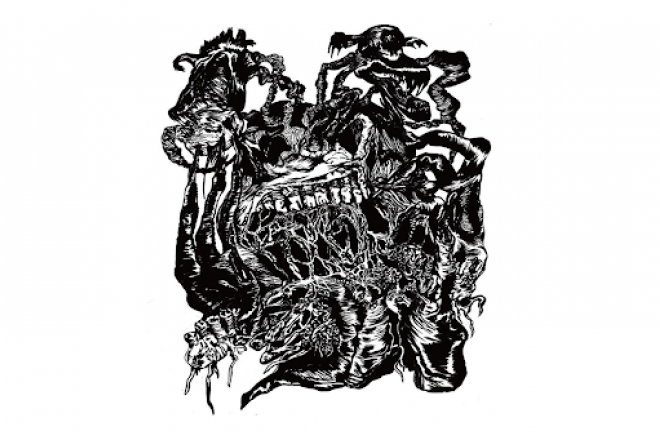 Scandal, a party series based in Shanghai that kicked off in 2019, has launched its own record label with a club compilation featuring eight female producers from around China as its debut release.

The compilation comes following a four-month hiatus, and the Shanghai-based label has gathered eight powerful local female producers for the occasion, including the label’s cofounder Everlast Phantom, Temple Rat, Laughing Ears, Graphic Violence and more. Through their contributions, each artist has demonstrated how they express their emotional blockage through music, in a nod to the album’s title.

Called Alexithymia 述情障碍, it’s a combination of the ancient Greek words “a-” “léxis” and “thymós” which translates as "no" "speech" and "emotion" respectively. When the word is combined together, it means “silent and ruthless and also describes a personality trait of a disability in perceiving and expressing emotions in daily life.

Then the music comes in, which the label describes as music that provided them with “an opportunity to once again fall into a state of deep contemplation, breaking through the passive mundanity of quotidian life.” The compilation's eight tracks span techno, breaks, experimental electronics, acid and jungle.

Since its inception, Scandal has evolved from a party series to also holding workshops and talks about women in creative fields. This all led to taking the next step and launching their own label. Alexithymia 述情障碍 officially marks the beginning of the label, which looks to help the brand achieve its goal: to help more women express their creative desires and pursue their creative passions, and increase the representation of female musicians.

In an Instagram post, the label wrote: “Alexithymia is ubiquitous, exacerbated by coronavirus social distancing, an increasingly polarized political landscape when it comes to social and identity-based issues, or other reasons we’re unable to discuss. In a world where we can’t speak to our emotions, we need the interpretive power of music more than ever.”

Scandal will also be holding a releasing event, workshop and talk program this Friday at All club in Shanghai.