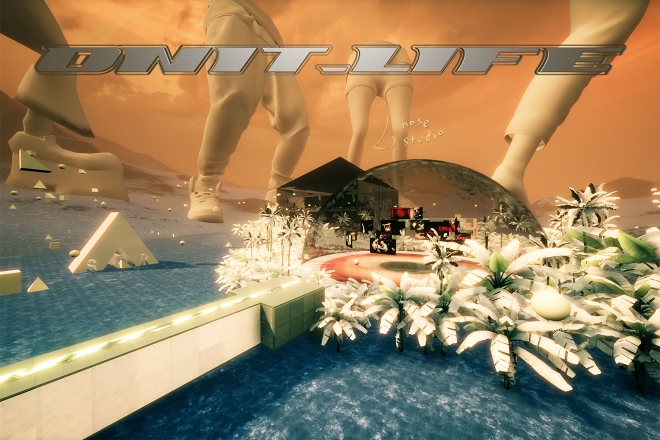 Seoul Community Radio (SCR), an independent online music broadcasting platform, is launching a new virtual clubbing and gaming platform called onit.life which will allow users to explore Seoul nightlife virtually. The project was months in the making and born out of a movement to raise awareness surrounding Seoul's under-threat club culture while also providing innovative new forms by which to support and promote artists in this scene. It further looks to fuse electronic music culture with the limitlessness of online gaming.

The portal to A Decade of Seoul Parties 2010-2020 went live yesterday and is limited to a one-week run with just 15 minutes allowed per user due to server space and costs. The exhibition will immerse users in a 3D world rich with sculptures, videos and even a convenience store, as well as works from six well-known Korean subculture photographers including Stillm45, Hansy, Kaipaparazzi, Hyunkeem, Chosen1 and Sung1. Visitors to this world will be able to explore it via a first-person character with visible hands, much like in the well-known video game series ‘Doom’.

Aside from stellar visuals, 15 Korean artists have soundtracked the exhibition, including SCR cofounders DJ Bowlcut, Xanax, Skope and Apachi. Veteran Seoul-based artist DJ Conan has also contributed a flagship one-hour mix that's a tribute to a decade behind various Korean club decks. See the tracklist below:

Since launching in 2016, the South Korea-based station has been helping to nurture emerging DJ and artistic talent from home and from abroad. However, in the wake of COVID-19, the nightlife scene in Seoul have been facing numerous societal challenges for the past year. Hence, SCR has chosen to recreate Seoul’s bustling nightlight scene virtually so that people around the world may experience nightlife in Seoul before the pandemic and better understand why is it so valuable and should be preserved.

SCR Co-Founder Richard Price said, “With the physical club scene facing a triple-threat at this time from Covid restrictions, a lack of govt financial support and negative societal perceptions, we wanted to create something that was a type of time-capsule of all the positive contributions the community has made to Korea’s reputation as a nightlife destination of note.”

Watch a clip from A Decade of Seoul Parties 2010-2020 below, or take a whirl in the digital world yourself. Also, onit.life also plans to host virtual raves and concerts.

A Decade of Seoul Parties 2010-2020 debuts on March 17. The event is fully free of charge to enjoy but for those who feel so inclined, you can choose to donate on exit to help empower further similar projects. Visit the website here.