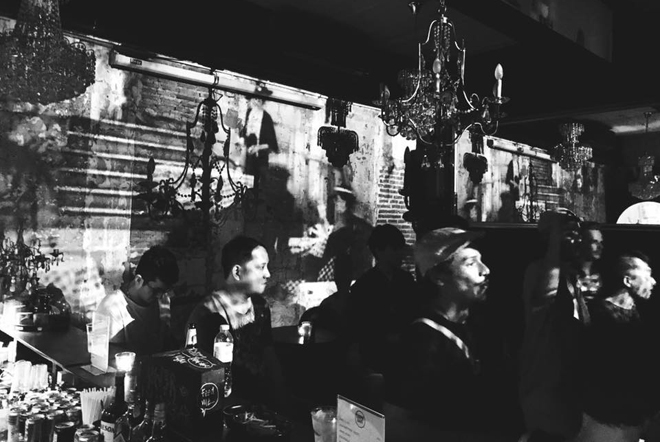 Last month, Dark Bar’s owner Nod Nuanwan Tatong announced that she would be closing her Bangkok nightclub forever. Well the last dance is finally upon us with the club scheduled to close for good this week.

During the club's nearly three year run, the gritty and gothy underground music venue became a mainstay on the city’s music map for its forward thinking programming and for providing up-and-coming artists with a place to hone their skills and showcase their unique sounds.

But the club also thrived upon its ultra late closing hours which led it to become the go-to destination for night owls looking for an extended last call until recently when, under pressure from law enforcement, Dark Bar’s closing hours have been scaled back to midnight making the business impossible to sustain. Currently all bars and nightclubs in Bangkok must close by 2am and Dark Bar would only begin to kick off around 12.30am.

The closure of Dark Bar is hitting the music community especially hard as the club has simply become yet another casualty to what locals feel like is an attempt to quiet the city's nightlife. Since the announcement, local artists have been vocal in their frustration towards the city's lack of support for subcultures and also in illustrating the importance of such institutions in how they provide platforms that foster creativity, growth, unity and liberation.

But most of all, the closure has hit Nod the hardest and while she has no plans to reopen the venue, her loyal followers can expect to see some collaborative Dark Bar-style events popping up elsewhere.

There is still time to bid adieu to Dark Bar along with its sister venue Light Room before they close their doors forever on June 3rd. There are plenty of parties planned for this week with music spanning everything from deep house and techno.

May 31: Sunju Hargun will take to the decks one last time on Wednesday with a 3-hour set from 9pm until midnight. Admission is 100baht.

June 2: The Last Smile is on the table for Friday night with doors opening at 8pm. Entrance is free, just show up and smile.

June 3: The last hurrah is slated for Saturday and the venue will open at 4pm with no admission charge.

Keep up to date with Nod and Dark Bar here