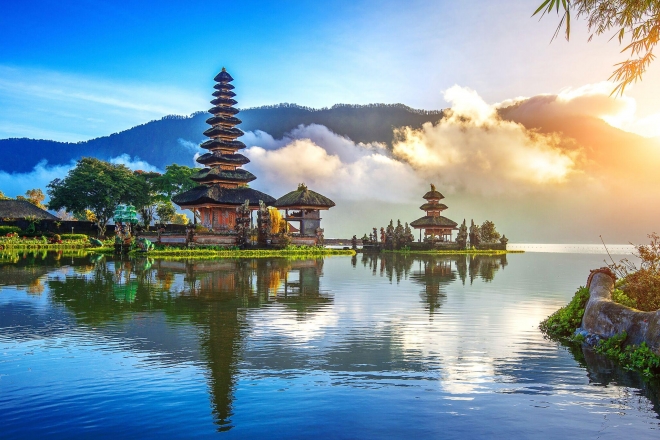 With the debut edition of SAGA Festival just over a week away, the 2-day event has added the final touches to the line-up and the tourist hotspot will see a lot of international heavyweight artists descend upon the Island of the Gods for the holidays.

Added to the bill are names like Axwell Λ Ingrosso, KSHMR, MaRLo and more as well as a Barong Family stage that will see 18-year-old Chinese sensation Chace and his crew takeover. They join previously announced acts like DJ Snake, FKJ, TWRK, Chris Lake and more. 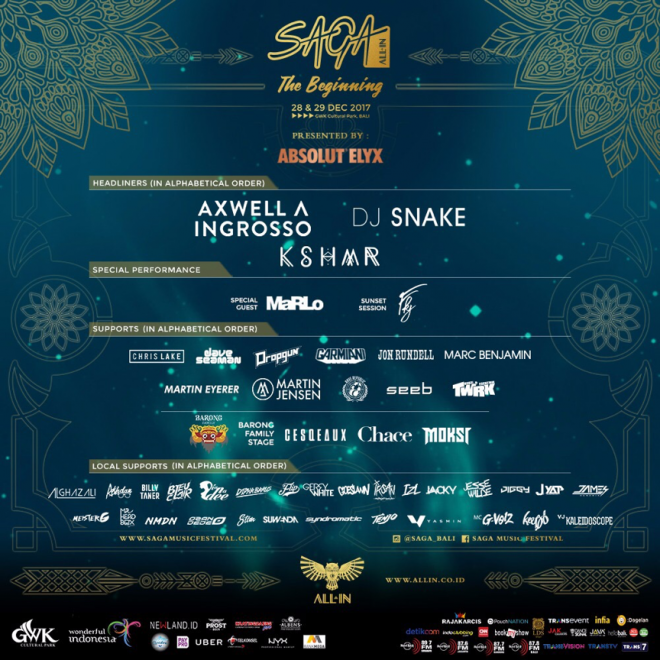 Despite Mount Aging experiencing an increase in volcanic activity that’s made headlines around the world, it appears to have simmered down and the residents of Bali want people to know it’s business as usual on the island. Organizers have made a statement assuring festivalgoers that the site is almost 80 kilometers from the exclusion zone and thus the volcano poses no threat to the festival or tourist areas.

“Indonesia’s Ministry of Tourism have given us their support on the official ‘Wonderful Indonesia’ website and we hope that our festival will help bolster tourism to the Island of the Gods once again.”

They also warn of exploited news.

“While it is impossible to predict how the volcano will behave in the coming weeks and months, SAGA Festival would like to remind the public to heed news with caution and be wary of sensationalized reporting.”

Two elaborately designed stages will be set up amid mesmerizing landscapes on 240-acres of parkland, with the main stage dubbed ‘Gate of the Gods’ and a second stage named ‘Nightowls Temple’. See the plans take shape below. 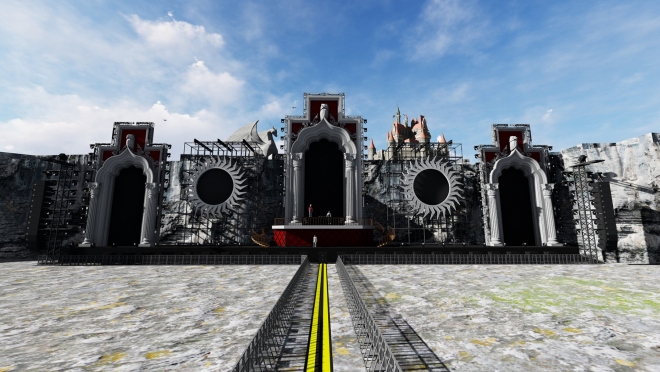 Tickets are still available for SAGA Music Festival and can be purchased here.