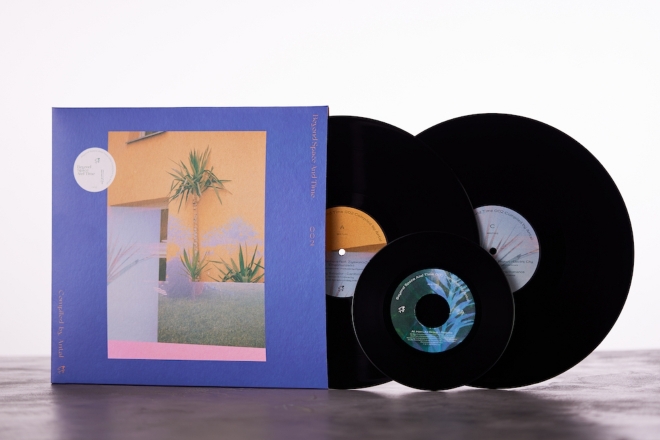 Japan’s Rainbow Disco Club and Holland’s Rush Hour team up for the second release of the festival’s offshoot project, Beyond Space and Time.

Enlisting the record store and label’s head honcho, Antal Heitlager, the compilation is stacked with 11 serious grooves and choice cuts that have been plucked from around the globe.

The close relationship and friendship between the Dutch and Japanese entities quite possibly grew even stronger at the recent 2022 edition of RDC where festival headliner Antal helmed the closing set on Sunday 1, May — under pouring rain, with the crowd facing the sky and their feet refusing to get stuck in the mud. It was an all out driving set. Have a listen to it below.

The first release from Beyond Time and Space saw DJ Nobu curate a 10-track LP back in 2019, for which he featured tracks like Laurent Garnier's 'Water Planet', Dan Curtin's '3rd From The Sun' and Burial's classic Hyperdub classic 'Archangel'.

For the second release, Antal dives into his personal collection and tips his selection to lean on a more disco, organic and analogue edge — he includes '80s Japanese cult music, rare grooves, South African kwaito, rare Caribbean soul and groovy house music. Unique picks include the soundtrack from the Japanese manga film ‘Touring Express’ which will be easily recognised by RDC fans who braved it till the end of the recent edition of the festival.

Here’s the tracklist for ‘Beyond Space and Time 002’:

You can listen to the full compilation below.

The bonus 7-inch is reserved for the first 500 orders and includes the following three tracks:

'Beyond Space and Time 002' by Antal is out now. Order your copy here.