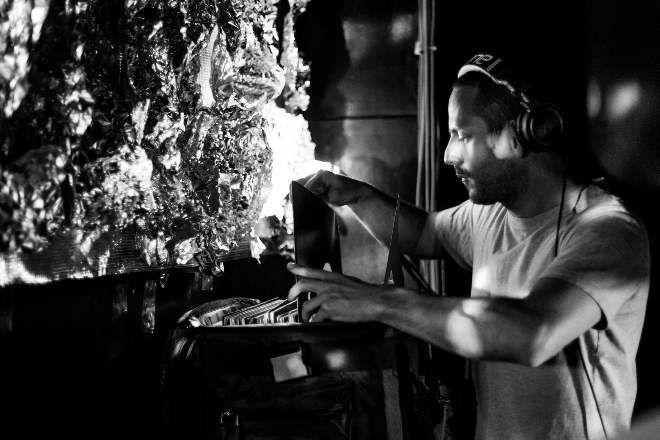 We invite you to dive into the cosmically rooted compositions of Patrizio Cavaliere, a name Mixmag Asia readers are undoubtedly familiar with. When not writing reviews on Asia’s stellar electronic music releases, he puts on his producer hat to create his very own... And we're obviously here for it. Once again he emerges under the moniker Rocco Universal to give us a taste of his scintillating floor-focused grooves via his own label, Cosmic Tiger Records.

Known for his intriguingly eclectic DJ sets, Rocco Universal journeys deep into the astral realms of sound while adopting these diverse influences to his varied and off-kilter productions. ‘Planetarium EP’ is his latest offering after releasing the 80s italo-tinged ‘Somewhere Else’ via Soul Clap Records in late 2021.

Read this next: Cosmic Tiger announces a charity-driven compilation of electronic music from Asia

Starting off his astrally-charged EP is the lead track ‘Planetarium’ that sees the producer channel the nocturnal Mediterranean heat into a sonic cascade of trippy space disco. Thick Moog bass resounds over a tight disco rhythm, escorted by the interweaving of analogue chords and lead motifs. The track incorporates the funk-flecked rhythm guitar line of Detroit’s Scott Hess accompanied by a euphoric, conga-led build-up towards a stirring middle section. Undoubtedly a dance floor banger for the summer.

Following is ‘Assuage’ with its mesmering synth threads, bringing listeners into deep house territory. The EP’s second track showcases the producer’s expertise in four-by-four beatplay, embellished with a dash of surreal sounds. Flanging bass, crunching drums, loosely-woven synth patterns, ethereal pads… Perfect for complimenting those much-needed backroom meditations. The hypnotic resonances of ‘Assuage’ is bound to alleviate the senses with its trippy groove that was clearly forged in the psychic depths.

Read this next: Behind the lens: 22 neon glimpses of Bangkok through the analogue mind of Seelie

The EP wraps up with ‘Sleepwalking In Silom’, featured on Cosmic Tiger’s ‘Messages Volume 1’ compilation last year. Already winning over a decent selection of DJs and collectors through its previous release, the track re-emerges with its deep, low-slung resonances that are full of atmosphere. Brimming with tripped-out effects and funked-informed melodies, the tune infuses an altered state groove that chugs along over six minutes of aural pleasure. Through this composition, Rocco Universal gives us a taste of the mysterious electricity that shrouds a quintessential Bangkok neighbourhood.

DJ/producer Patrizio Cavaliere aka Rocco Universal established Cosmic Tiger Records in 2019. What started as a Bangkok-based music magazine has now flourished into a label dedicated to exploring high-quality music from across the esoteric underground. Continuing its initial mission of collating cosmic information for freaky people, Cosmic Tiger Records presents an array of psychedelic sounds with groove, funk and feel, no matter the genre or origin — and its head honcho’s ‘Planetarium EP’ sets just the right example of the label’s successes in doing so.

Revel in the celestial sounds of the lead track 'Planetarium' below.

Listen to ‘Planetarium EP’ in its entirety here, and don’t forget to follow Patrizio Cavaliere aka Rocco Universal on Instagram.