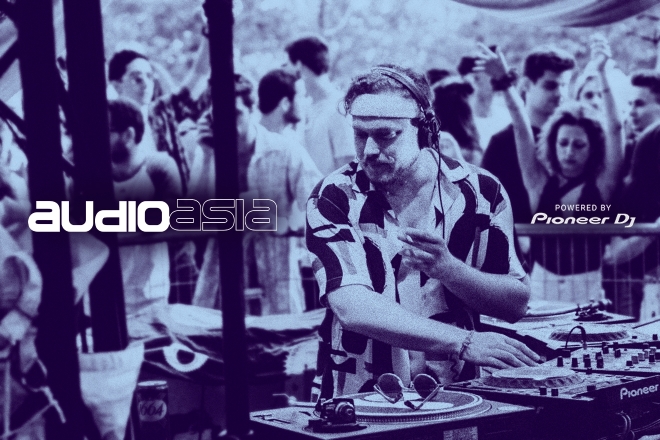 The collection of tasteful edits and reworks follows the wildly popular first edition Fauve released last year, and has already generated heat from the likes of Masalo, Jonny Rock, and Psychemagik's Skyrager. RFX's gig schedule is in pandemic-enforced stasis, but he's clearly been putting his time to good use in the studio, and – with countless requests for DJ mixes – his deck skills are as in-demand as ever, albeit in the virtual realm. We spoke to him to find out more about the new release. "New Beat was a time of self-expression, a movement against all these copyrights issues from major labels back in the day, an anarchist way to sample & be proud to do so – a bit like the hip hop scene in the ’90s,” He told Mixmag Asia. “With this project I hope to bring back to life the amazing productions that got lost in the cracks, to touch them up and make them dancefloor weapons for when all hell breaks loose after Covid."

New beat has been enjoying something of a revival of late, and while Mixmag Asia readers will be forgiven for not being intimately familiar with the genre, the high-energy sound is one that helped shape today's dance landscape.The genre blossomed in northern Europe in the late '80s as a kind of precursor to the rave explosion that would soon follow, reputedly being forged in Belgium as an offshoot to the EBM (electronic body music) that was the popular club sound there at the time. Tracks from the scene generated enormous underground appeal and record sales to match, with labels such as R&S, PIAS, and ZYX gaining huge traction having been birthed as part of the movement.

RFX's EP varies in tone from the ultra-sleazy, low-slung groove of 'I Need A Freek', the spell-binding chug of 'XTC', through to the jagged rhythms and hypnotic marimbas of 'Jungle Nu Beat'. We've opted to play you the opener, 'Dance To The Nu New Beat', a creative rework of The Zodiacs' anthem, 'Move And Dance To The New Beat'. Here, RFX makes the most of the power-synth melodies, trimming the fat while extending the cut with an acid-fuelled bridge – repurposing this club destroyer ready for today's latent dancefloors to burst back into life... just as soon as we're all allowed out again!

RFX 'Nu New Beat Vol.2' is out now featuring artwork from Liorzh, you can buy it here