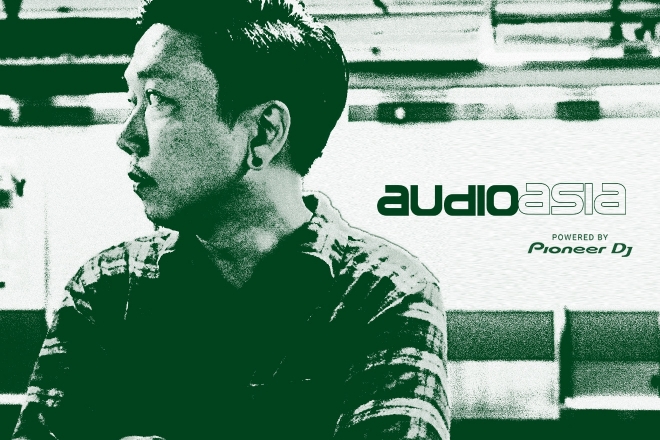 Bangkok-based producer MAARTEN joins forces with a host of Thailand's finest resident creators on this exciting new remix project. Here, he invites the wildly talented vocalist, musician, and producer Isaac Aesili to present a “homage to the golden age of NYC club culture” on the 'Temptation' EP. Taking the spirit of unity a few steps further, the intriguing collaborative project also showcases remix efforts from some of the country's most deeply-immersed selectors and artists, with Q Narongwate, Ralphy.Wav, and Seelie drafted in to work their respective magic.

The ultra-soulful original version is a joyous blend of Lord Echo alumnus Aesili's Latin jazz roots, combined with MAARTEN's cosmically-charged disco and boogie foundation. Rolling percussion provides the infectious groove as Aesili's expressive vocals and trumpet stabs soar over spaced-out synths and lively bass notes. Meanwhile, Marty's 808 dub tones things down just a touch in to take the track into subtly deeper, arpeggio-fuelled electronic territory. Ralphy.wav endows the track with something of UK-flavour on his spaced-out hybrid jam. Shelving the original instrumentation in favour of atmospheric synth-work and dubby bass energy, his version makes the most of the soulful essence of the song while presenting it in a futurist context. Transport selector Seelie comes up with a wide-eyed and space-age version on the 'Black Ocean Mix'. For his deep and melodic house version, he strips things back considerably to present an entirely more wigged-out manifestation. The track bubbles away gently as trippy synths and vocal cuts weave in the distance, leaving the stage clear for the hypnotic bass groove and carefully-placed lead melody.

In truth, we would have liked to play you all versions, but, alas, we could only choose one. In the end, we opted for the deliciously dusty late-night house interpretation from Q Narongwate. The Phuket native's work is more commonly associated with the US house and garage sounds of the likes of Kenny Dope, Mood 2 Swing or Terry Hunter, but here he flexes his warehouse muscle in impressive style with this club-ready weapon. The bassline does the work here, charging over a heavy kick while reverb-heavy hits provide an expansive sonic-landscape, allowing Aesili's vocals ample room to soar.

There is something for almost all tastes here, and we highly recommend getting to know the entire five-track package.

MAARTEN 'Temptation' ft Isaac Aesili is out now. You can buy it here