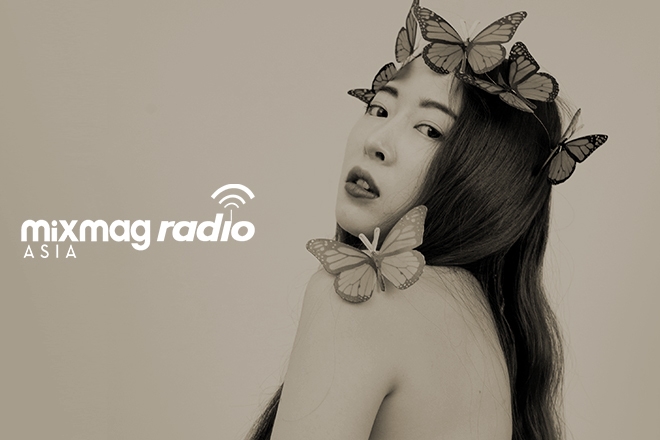 Starting her career in Tokyo’s small clubs at the age of 18, Red Pig Flower is a Korean artist who recently shifted to Berlin after some time in London, and she’s quickly become an integral figure of the art-fuelled city’s underground scene, regularly playing at Tresor, Hoppetosse and Kater Blau, while hopping around the rest of the world (when we all could) to play at Bar Americas in Guadalajara, Nordstern in Basel, Guest House in Bucharest and Womb Club in Tokyo. As a DJ, she fully embraces a wide range of 4-4 aesthetics, traversing from playful and trippy minimal house to the more murky and hypnotic side of techno.

As a producer, Red Pig Flower says, “my fundamental style is (was) pretty dark and trippy minimal, because I was inspired by that dreamy feeling of the club when I first time got in to the dance music scene, however as time went by, I started to get in to diversify my music.” Managing her house imprint Sound of Vast together with Japanese label partner Yuki Knock Yokoyama, aka Knock, has really helped her embrace a more classic approach to the fundamental club genre, she explains, “I learned about the beauty of chunky classical house music, and as I’m getting old I start to listen more jazz and piano music. Also, my ex boyfriend taught me the beauty of band music. Now I produce minimal to house, techno and experimental music, and I think my music is now pretty versatile and I am proud of that.”

Aside from her co-founded label which featured highly revered releases from The People In Fog (DJ Sodeyama’s alter ego), The Mole and San Proper, she’s also set her own marks with releases on labels Baile Musik, Serialism, Brise, Proper Slap and Yoruba Grooves.

Although she’s based in Europe, she’s always got her finger on the pulse of the rapidly changing local scenes in the region, staying closely connected to both artists and promoters out here. “Oh there are so many new talents in Asia so it is hard for me to keep it up, but if i could mention one, DJ Conan from Korea seems very interesting, he is not only one of the more veteran DJs there, but also he does his best to build up the scene, promote the locals, work with politicians and support young DJs — such a respectful guy. I should also talk about an artist from my label, Shinichiro Yokoda — he is a super, senior producer from Japan. He released his LP with us last year and it went mega well. What can I say? I am so proud of my colleagues in Asia who keep working hard in Asian scene which is a bit tougher than in Europe.”

With 2020 being such a tough year for full time artists, and of course just about everyone else, plenty of foundational changes were being made to people's lives, “nowadays i'm listening to hip hop and world music, I didn't want to listen heavy bass music during quarantine, and actually it helped me to refresh my ears, I will try to digest this period and put new influence into my production”. Apart from expanding her listening habits, being asked by Trommel Music to prepare a 2 hour set of her own productions “was the biggest challenge and the highlight of 2020” for Red Pig Flower, she adds. “Of course I have a lot of productions but to make a convincing narrative for 2 hours only with my music was not easy. But in the end after a few attempts I made it and it became one of my fav mixes of this year. Also when Mixmag Asia asked me to make a mix for them it really lit up my year, you know.”

To adorn a wildly creative name like Red Pig Flower, one can only wonder about the far-fetched imagination that conjured it up. When asked her what was her inspiration behind this recording for Mixmag Asia Radio, she simply replied, “I went to my local club and begged to the club owner to let me record the live mix, in an empty club. I imagined myself playing in a local club in Tel Aviv with a full crowd.”

We’re kicking off 2021 with wild imagination, humble vibes and quality tunes. And, Red Pig Flower, through her imaginary gig, has delivered just the right dose for us for this year’s first episode of Mixmag Asia Radio. Listen below.