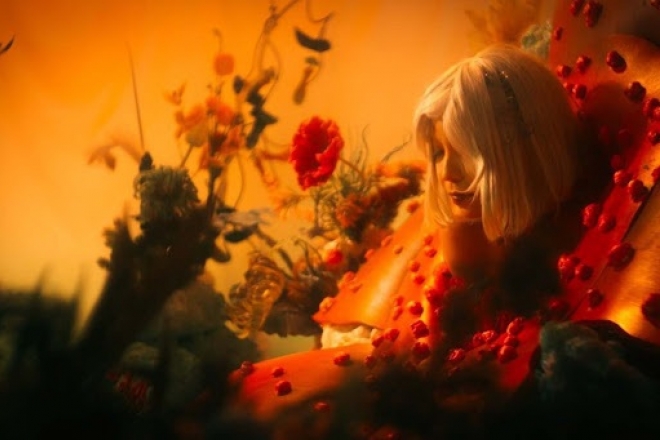 RawTrack is a Hong Kong-based nu-metal band that morphed into a two-person group.

Recently, they’ve become heavily inspired by dance music and producing with electronic tools and ideas — and that’s what you’ll hear in the construct of their latest single ‘Unbelievable’.

Wag6ie, the band’s lead singer, felt that composing a catchy hook and melody would help their audience understand their shift in sound, and it would be fair to say that she really did push the band to sound different, while still maintaining their raw integrity.

The recently released music video introduces us to the three versions of Wag6ie as 娃寵瑪姬 — the real, the figment of imagination and the surreal one. In the music video, these three characters would look into each other’s inner selves and finally liberate ‘themselves’. “Other than documenting and recording every growth phase”, she says, “the most important part of creating is to face one’s inner self, whether it’s beautiful or ugly. I am hoping to show the truest self to the audience, therefore, 我拆 Rawtrack would be a dissection of myself.”

Wag6ie elaborates on the introspectives nuances portrayed in the video, “The seven effects and six desires that come up in the music video extrapolated from notions of traditional Chinese medicine, represent how well we balance the handling of the self with society. People are obsessed with their own self-interest, but this is what leads to social symbiosis. When resources are exhausted, this leads to self-reflection, leading to introspection and change.”

The concept of the video came from Wag6ie and Jacs Lim, the Music Video Director, with the help of veteran dancer Kimberly, who was brought on for the video choreography. Kimberley’s goal was to showcase co-existence after liberation and the team’s overall approach allowed everyone to experience a collective sense of experimentalism. In the video, we are introduced to the three versions of Wag6ie 娃寵瑪姬 — the real, the figment of imagination and the surreal version.

Each of the three characters would look into each others' inner selves with the hope of being liberated..from themselves.

“The seven affects and six desires that come up in the MV, which are from notions of traditional Chinese medicine, represented the check and balance between the self and society. People are obsessed with their own self-interest, but this is what leads to social symbiosis. When resources are exhausted, this leads to self-reflection, leading to introspection and change.”

“We made the Music Video by incorporating each person’s individual creations, after they understood the concept for the MV.”