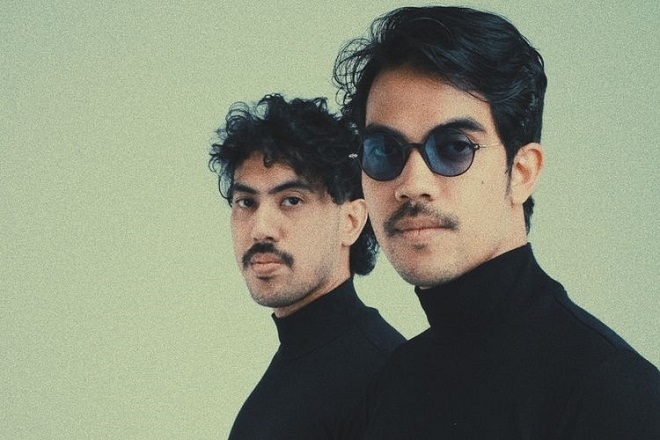 Indonesian label Dead Pepaya has announced the arrival of a striking new music video to Random Brothers' hard-hitting electro cut, 'BUDAKKICK'. The music originally appeared in August last year as part of the label's 'Moda Ekuator' compilation, a project launched to showcase the excellent music being created from the alternative end of Indonesia's underground electronic music scene. The label is, in fact, a collaboration between two imprints – Pepaya Records and Dead Records. The album generated plenty of love in the world's sub-aquatic community, with plays on NTS and XLR8R, as well as the entire compilation being aired on Seoul Community Radio.

The heavily atmospheric track is characterised by distorted drums, rhythmic glitches and a raw industrial energy. The music rolls over an abstract arrangement and feels informed by the likes of Detroit electro pioneers, Aux 88. Here Random Brothers' Randy Danishta and Nara Anindyaguna (who also happen to be actual brothers) teamed with Bandung-based visual artist Ario Wibhisono to provide a fitting visual accompaniment to the powerful music. Wibhisono's photographic work utilises the vintage wet collodion style processing, a skill-intensive technique which gives his work a striking retro quality. For this video, he makes use of a series of arresting images and sequences presented in dramatic monochrome. “Removing colour from a picture helps the viewer to focus on a subject's emotional state,” says Wibhisono. “Humans see the world in colour, and a rendition of the world in monochrome makes us pause and look closely.”

This is yet another fine example of Asia's creators using the pandemic-era to combine and collaborate as a means of sharing and furthering expression, in the process helping to cast light on Indonesia's nuanced and esoteric underground.

'Moda Ekuator' is out now on Dead Pepaya Records, you can listen and buy it here