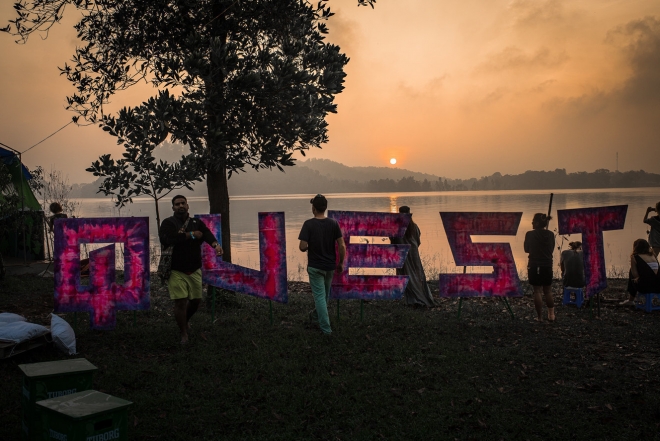 Quest is the not so new festival in northern Vietnam that has been popping up on the radar for the rest of Asia as of late. A bucolic site, stunning photography, an eclectic EDM-free line-up and a whimsical audience all contribute to the festival's newfound fame.

The festival, now entering its seventh iteration, announced that it will return this year on November 10th - 12th to Son Tihn Camp in Ba Vi along the idyllic Dong Mo Lake. No line-up details have been released, yet but ticket will go on sale soon.

Last year's edition averaged about 5,000 revelers and you can almost feel the excitement through the vivid post-festival photos here.

Quest has also announced that it is launching Quest Live, a series of touring concerts that will bring international acts to Vietnam. The first installment will see Indonesian act Stars and Rabbit perform at Hanoi Rock City on Saturday, May 6th.