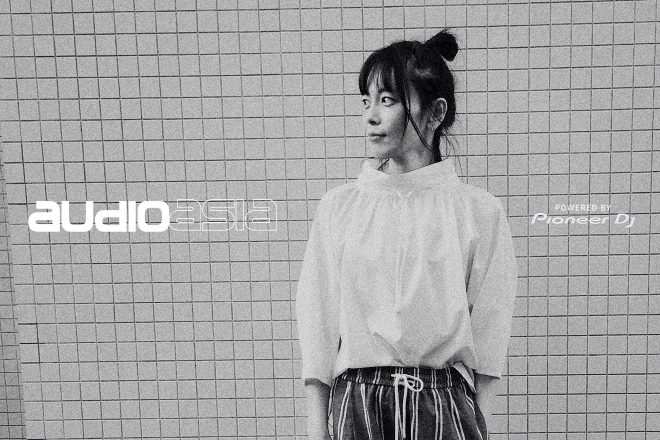 In the spring of 2020, KATIE SE7EN was living through the impact of COVID-19 spreading across her native country of Japan. The pandemic brought with it shades of misery, and an invisible yet ominous dark cloud hung over her home base of Tokyo. Rather than becoming engulfed in darkness and shrinking into a cocoon, Katie took the steps to cleanse her mind and social atmosphere. She decided to focus her attention on her productions and went to work inspired to create a purifying song based around the West African log drum known as a 'Krin'.

The vision was simple. Katie focussed on the element of togetherness and drew inspiration from envisioning people gathered around a fire participating in song and dance. A ritual of cleansing, where the traditional Krin log drum took centre stage. By combining the organic echo sounds of the Krin with a super dry sub-bass heavy kick, Katie began to lay the groundwork for the single she would craft and name 'Krinne Circle'.

Released via Totem Traxx, the single finds a home on the labels 10-year anniversary compilation. The album pays homage to the labels diverse portfolio of artistic expressions and features 17 tracks, half are gems pulled from the imprints expansive 88 previous releases and the remainder are a combination of new productions and remixes.

'Krinne Circle' is a standout among the crowd. KATIE SE7EN has crafted the single with chic elegance, finely balancing the crisp sounds of the Krin drum against the heavier background of four to the floor techno patterns.

This is a perfect late-night jaunt, it cries out to be heard on the dance floors of dark basement venues hiding around Shibuya's busy streets. Katie applies the sound of the Krin to create a hypnotic leading element around which the remainder of the track is built. It never loses focus, as it lightly rings and cracks over top of the heavier percussive elements, creating a beacon by which to lead the audience through a mind-clearing trance in the darkest of club rooms.

KATIE SE7EN's productions are notable for striking a balance of the emotions of house and techno music much like yin and yang. She is renowned for her spirited presence in the DJ booth which captivates audiences, bringing crowds to a frenzy on the dance floor. Katie has played across Tokyo's best venues and events including Berlin's Dirt Crew Recordings's 10th Anniversary tour, Dubfire's SCI+TEC at WOMB and Karizma's album release tour. She has also played in support for Ken Ishii, Studio Apartment, Dosem, Fernanda Martins, Layton Giordani, Kate Simko, Lee K, and Mark Knight.