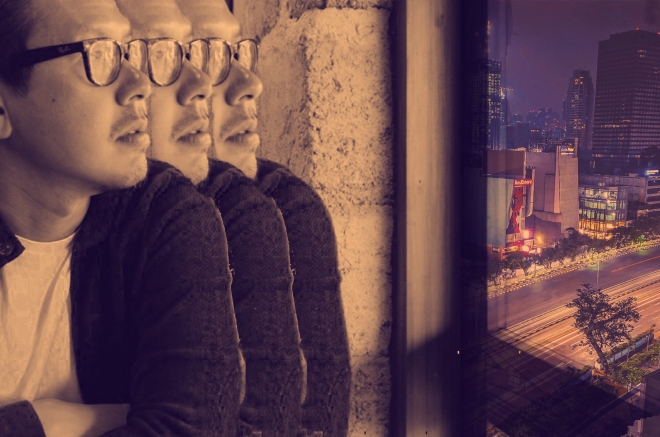 The distinctly humble persona that carved the way for Indonesia’s club and dance music scene has an interesting and memory-filled story to tell. Since 2001, Yudha Budhisurya has created and executed with precision some of Indonesia’s early establishments that consequently opened the gates for what is now a heavily layered and diverse club scene in the capital city of Jakarta.

Yudha initially set things off with the city’s first proper lounge experience, Manna Lounge, which then morphed into a deep house destination with Manna House. Both happened long before either concept was popular or fashionable in a country dominated by dark techno and local dangdut music. Yudha has always been at the innovative edge of Indonesia’s club scene.

His international sensibilities and design flair made his places hotspots for Jakarta’s in-crowd, from jet-setters to entrepreneurs to socialites — and always, always models. With the opening of Indonesia’s first superclub Embassy in 2002, Jakarta was officially on the map for international touring DJs. Upon seeing an opportunity in the market, Embassy was soon complemented by a hip hop and r‘n’b room in the basement called CO2, which of course, became just as big.

But the man with the Midas touch was just getting started. His F&B company OPCO has rolled out successful concepts, from Japanese dining to coffee houses across the country — most of which are still going strong. And his nightclubs have also opened in places like Bali and Jogjakarta. His Embassy Playground Festival marked the first mass DJ event in the country in 2005, with major international line-ups that grew year on year with more strength and wider appeal.

Since 2016 Yudha has been Managing Director of Southeast Asia region-based Livescape Group, who owns and operates the world-renowned IT’S THE SHIP cruise festival among others, heading its Indonesian outpost.

After almost two decades at the front lines of the Indo club scene, nobody knows more about the landscape than Yudha Budhisurya. Most people are aware of the scene in Bali, as it makes headlines, but are generally unaware of all the great shows and festivals that happen in Jakarta. We wanted to know just how great, so we asked Yudha to run us through the ten moments from the last 20 years that really changed the game and brought the Jakarta scene to where it is today.

1. JAKARTA MOVEMENT WAS THE STARTING POINT

“Before I even started with Playground Festival, there was something called Jakarta Movement, which really is the granddaddy of all Indonesian EDM festivals. It was held in 2003 and 2005. Experiencing them, I really got my eyes opened to the possibility of doing such an event in Indonesia. It was mostly local DJs but for the first time there was a proper set-up, sound and multiple stages. I knew then and there that I wanted to do something even better.”

2. THE BIRTH OF EMBASSY PLAYGROUND FESTIVAL

“We gave birth to Embassy Playground Festival, which started in 2005 and lasted until 2012, and was held simultaneously in Jakarta and Bali. The first one was of course very special for me personally as it was my first take on doing anything like it. We had Christopher Lawrence, Doc Martin and a — wait for it — Rabbit on the Moon DJ set. In 2007 Paul Van Dyk was the headliner and that was a really big moment for us, as 15 thousand people came out for him. Over the years we averaged between 15-18 thousand festival goers and were probably the first in Indonesia to mix genres, bringing Indie kids to dance music and vice-versa. 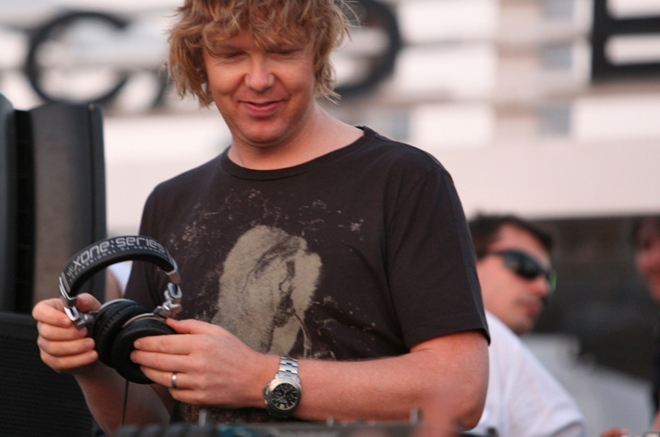 “Another memorable experience was when we booked John Digweed in 2008 at Embassy. Digweed was admired like a God back then, and the whole city was ready for it. A couple of weeks before the date, the three-story club was left in ruins when a short circuit electrical fire burned it down to the ground. We acted quickly and held the event anyway, on a bridge outside the ruins of Embassy. Digweed loved it — just the spirit of it! It was his first time in Indonesia so I’m sure he helped spread the word of how up for it we were in Jakarta. Totally epic night.”

4. THE MEMORY LANE OF CANCELLATIONS

“Organising events with big name DJs was almost always a nerve wracking experience back then, and a lot of times we got cancellations because Indonesia was relatively unknown, and the scene hadn’t reached the global appeal that we see today, even in Bali. Also remember this was all post 9/11 and Indonesia had its own bombings at tourist sites. We also happen to be the biggest Muslim majority country in the world. So there was a lot of anxiety about coming to play. DJs could decide not to come at the last minute due to sudden travel warnings. I remember having cancellations that left us with huge holes to fill – for example Groove Armada, which found me flying to catch them in Singapore to convince them to come to Jakarta (and failing miserably). Then there was Carl Cox, who canceled on us in 2006 - with his manager telling us he was super paranoid about terror threats. In fact he’s notorious for cancelling 3 shows in Indonesia, before he finally braved it and brought himself to play Djakarta Warehouse Project. Another story from 2010 is when we booked The Lightning Seeds for Playground, but Ian Broudie was staying at the Jakarta Hilton and they were always checking under cars for bombs back then. He got freaked out and said he was going to leave — so we scrambled and found him a flight out that night and he played the early set!”

5. BREAKING MUSICAL BARRIERS FOR MY COUNTRY

“Booking Booka Shade Live at Embassy in 2007 was a fantastic night. Their live set-up took up the whole dance floor of the club, and Embassy was a big club. Imagine the amount of equipment they had with them, and lots of it analogue. Tons of percussion and drums - very unlike most of the so-called ‘live’ setups we see with electronic acts today. Since something like this really hadn’t been done before we had to promote and push hard and educate people about what it was. We were essentially the only ones in the game in 2007 so we had a responsibility to curate and explain to people why something like this was special. It worked, and there was a queue around the block that night. That was the first time anyone had seen live dance music in Indonesia.”

6. THAT ONE TIME WHEN ROCK MET ELECTRONICA, MAGIC HAPPENED

“Embassy Playground Festival in 2009 was quite special as we had Sasha and Franz Ferdinand co-headlining, and this diversity was reflected in the whole line-up as well, probably the first time for a music festival in Indonesia, as it was not at all common then. The defining moment was when Franz Ferdinand were ending their set and they knew Sasha was coming on next, so they played ‘Lucid Dreams’ and dedicated it to him — extending the song into a long dance-y opus that basically bridged the gap between rock and dance music. It was awesome because the Indie kids ended up staying on the floor and going for it once Sasha started. Amazing night." 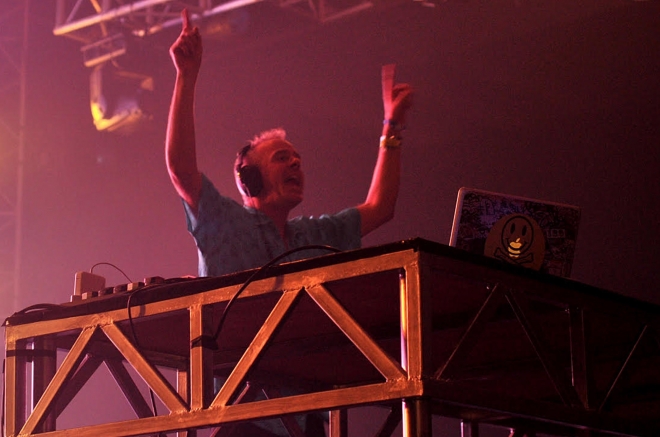 7. WHEN YOU GET THE NOD FROM FATBOY SLIM

"We booked Fatboy Slim in 2011, and he gave a spectacular audio-visual show, which was not the norm then as it is now. It was spellbinding, and the crowd of 6,000 plus was blown away, as were we. It was his first time playing Indonesia and he was really buzzed by the energy of the crowd. Nobody had seen wild visuals like that (that are now the norm in EDM) and the crowd just loved him. Later we booked him at Potato Head in Bali and during a presser he mentioned the Jakarta date as one of his all-time favourites!" 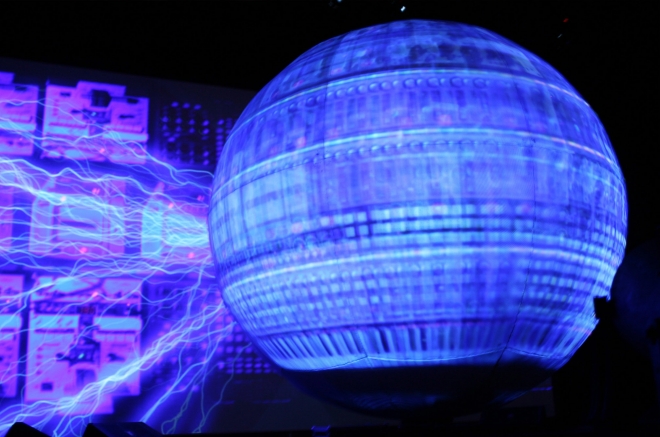 8. BEFORE YOU KNEW THE WORD INFLUENCER, GUESS WHAT WE DID

"That same year we also did a show with DJ Shadow who brought his amazing Shadowsphere along. If you remember that tour, it was a truly epic experience and something I’m very proud that we brought to Indonesia. We knew that it was going to be a challenge promoting Shadow to our normal dance audience, so we partnered with Juice Magazine and really promoted it through features explaining what it was all about and who Shadow was. We also used what are now known as influencers — tapping people well known in the music industry to help us promote the show. Using them was totally new back then. But it worked and we had a massive night. It’s strange because Shadow’s performance was basically like a concert. People came to watch and listen. It was a precursor to current EDM where kids think of it as a concert, not a dancing event. So it’s really come full circle in that sense."

9. STEPPING INTO THE FUTURE

"We did my first landed festival after seven years in 2019 with Futurepublic. Reflecting changing musical tastes, it was a hip hop heavy, dance music festival. Futurepublic is a venture of MNC group (the biggest media company in SEA) which we co-produced and promoted. It was the first and only hip hop festival in Indonesia to date, and it was very conceptual. Taking inspiration from the name, we did a futuristic environment by simply building everything with neon lights. Turn out was great for a first run, with over 6,000 in attendance. Tyga was the headliner who was massive then, but he canceled his entire Asia tour... we got very lucky and ended up booking YG five days before the event."

"I’m afraid this list is very biased unfortunately and obviously since this is what I do, of course everything feels extra special when you are involved in it. But I also love the hard work and dedication of others, and of course want to support the scene. It’s a small scene and we all know each other, even if we haven’t worked together. Recently watching Djakarta Warehouse Project from its infancy (actually in a warehouse), to where it is now, which is quite something as well, and I can’t help but feel proud that Indonesia has something of such impact and pull. Knowing where we came from — raves and illegal parties to actual warehouse parties — it’s been quite a journey."