Entrenching himself into current surroundings of living in Hong Kong, producer, DJ and promoter behind the high-spirited Spin Sum parties, Willer drops his first single from a forthcoming four-track EP on United Music Records.

“‘Split Second’ is an entirely original track born in Hong Kong,” says Willer, “the lyrics are from Hong Kong poet, Glintsy, and vocals from Janaia Farrell. It was recorded in two different studios in the city and will be released on United Music Records.” Teaming up with United Music Records, a soulful and Afro-house label founded by French producer Hallex M that is based in Hong Kong, the release sees global house ambassador Kiko Navarro delivering five exceptional versions to Willer’s already profound Original Mix of ‘Split Second’. 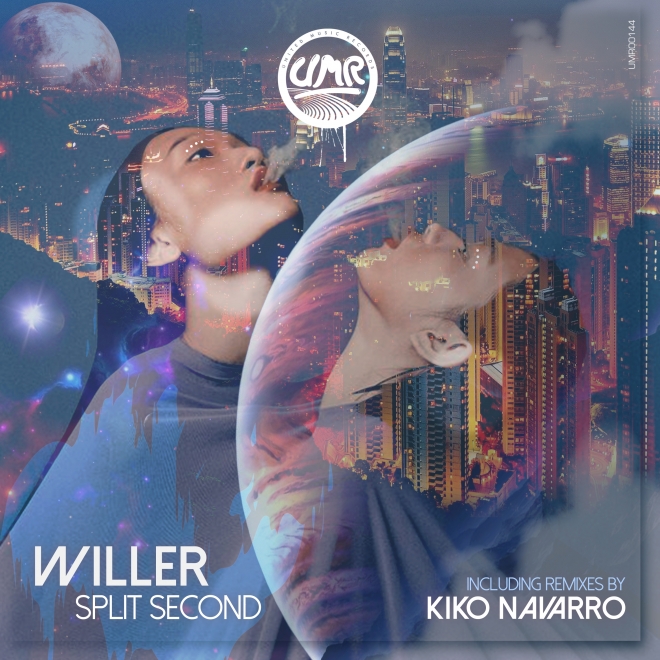 The track we’re drawn by today is the Original Mix with its superb balance of club-friendly vocals and melodics together with an afro-tech house framework that gives ‘Split Second’ that organic feel. Pulsating low synths ride effortlessly alongside a stark mix of electronic and organic percussion, and there’s no doubt that Willer had his favourite-peak-time-at-3am-hour peak time in mind when shuffling between studios across Hong Kong.

No different to his approach to the dance floor, raw drums, melancholic synths and a dash of classical string elements is what drives Willer in the studio. A resident DJ at Hong Kong’s decadent club for dance floor debauchery, Cassio, and the promoter behind some of the city’s most dressed up parties, Willer is quickly taking his newfound status in the region to new heights with a release that aligns him with a house music great like Kiko Navarro.

Since 2008, United Music Records has released and worked with some of the greats from the global house scene including DJ Spen, Spinna, Tony Touch, Jose Marquez, Omar Lye-Fook, Mark De Clive-Low, DJ Fudge, amongst plenty others. Willer may have just found a great spot on the starting line amongst such company.