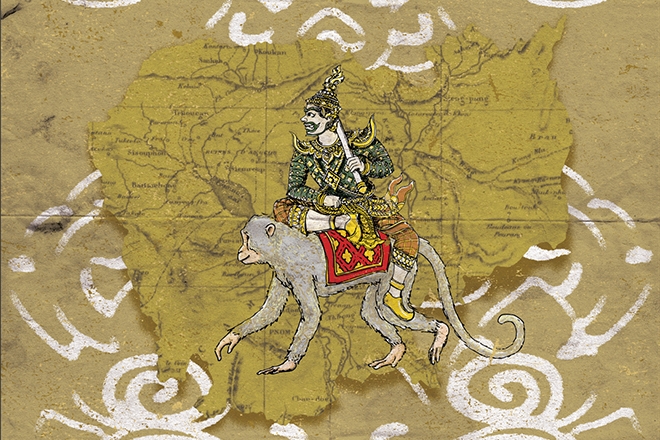 A belter of a mid-tempo groove that’s laced with psychedelic nuances and Asiatic influences, Max Mason’s debut single (and EP) on the newly founded Boiled Wonderland Records is a much needed refreshment for those with a more intricate audio palette.

With a background in music that is more or less comprised of numerous years spent seriously digging across record stores, Mason has garnered a knack for stringing together an eclectic array of styles that somehow gel together in his DJ sets — he tends to span a spectrum that can start with wild Middle Eastern bangers and end with knee-jerking techno, garnished with a few pinches of quirky disco and 80’s. Technically, Max also likes to bring his studio game to his live shows, often performing hybrid sets with the addition of samplers and synths that give way for unorthodox and highly original retakes of his favourite tunes.

All those years digging and getting gritty with sampling took a nice left turn with his adventures in Asia. Boiled Wonderland Records is a 2020-born project between Max Mason and long-time confidante (and fellow music fiend), Vell — the pair sat on the label idea for four years after being inspired during their time living in Cambodia together, but come 2020, they now run the label together while Max is based in Hanoi and Vell in Bangkok.

For his debut outing on their joint-imprint, Max Mason ‘Romjet’ is a crafty amalgamation of Cambodian sonic artefacts that have come by his way, almost like a bit of musical serendipity. He describes ‘Romjet’ as “a sensory overload, using a foliage of local boat races, bands, street side sellers and karaoke broadcasts, it combines all of this with a wide range of influences within the electronic music spectrum. Romjet twists and turns much like life in Asia.”

Accompanying the release is a hypnotic, trippy music video that was filmed in Hanoi, with Cambodia and Asia’s darker side of escapism in mind. Check out the music video by Phoq TV below.

Although Hanoi is where he now calls home, his time in Cambodia wasn’t spent just thinking about the label, Max was fabricating his Asia-centric audio archive — most of the sonic obscurity and structure in the track comes from sampling temple bands in Angkor Wat, as well as a random encounter of being followed by an open air truck filled with local musicians jamming away while he was on a 2-week solo bike tour across the Southern region of Koh Kong. That same band turned up again at the end of his journey by the river of the local town — it just so happened they weren't following him, but instead were set to perform at the river boat festival race the next day. Engaging with them for an impromptu performance laid the foundation of ‘Romjet’.

There’s plenty of depth of experience and wonder on the label’s debut EP and single with Max, and he divulges on the release, “I wanted to showcase the genuine interactions with local Khmer people. Meeting and capturing the local band was one of those life affirming human exchanges. Communicating only through signals, gestures and laughs. I knew I had to share their story through music, something that felt authentic from their world and intertwined into mine. The seed was planted and little did I know, my new life in Asia had just begun” .

You can also check out the label’s launch party on December 11 at Hanoi’s favourite underground space, Savage.

Max Mason ‘Romjet’ will drop on December 4 as a digital and vinyl release on Boiled Wonderland Recordings, which you can pre-order here, and listen to below.