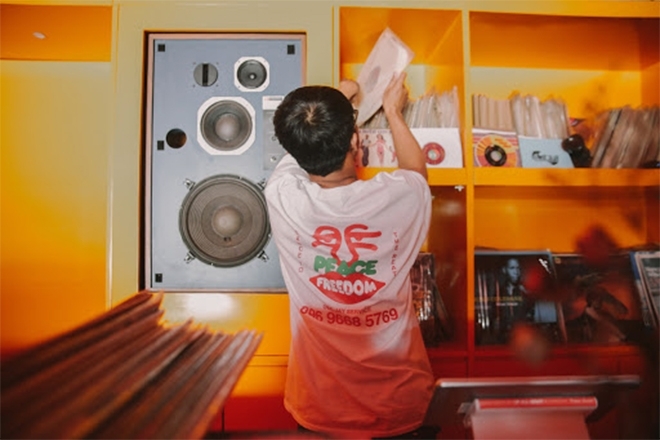 There’s nothing more needed right now than a dance floor and straight-up good vibes being churned out through a set of tweeters and a warm-as-f*ck bass bin. And Munir’s opening track for FuFu Records’ latest ‘88 - Double Happiness’ compilation would be a wise choice to fulfill that current glimpse of hope.

So what is ‘88 - Double Happiness’ about? Simply put, the series delivers on its namesake. Firstly, it’s a compilation series where 80% of the sales will go to Asia-based projects initiated by NGO One Tree Planted, with a goal of planting 880 trees through the compilation. Secondly, it’s a compilation series that focuses purely on producers in Asia. For today’s Premiere, we picked the opening track by Indonesian master-of-the-edit, Munir aka Midnight Runners and the addictive substance he’s laced into ‘Asia Africa’. Following the opening track, FuFu Records has taken to seven other artists from across the region including Dazzle Drums from Japan, Filipino young blood Thirstkid, Singapore's Bongomann, Go Dam from South Korea, Luxixi from China and India's Hamza Rahimtula and Rafiki.

Everything about ‘Asia Africa’ exudes that feel-good factor, and without the easy to access pleasantries that would usually come as extra baggage for an uplifting outing. Sticking to the rules of raw, synthetic gamelan (or marimba) vibes intertwine with an acid bassline that brings just the right amount of attitude to the party — Munir drives an effortless melange of uplifting acid house aesthetics with whimsical nuances of nature and tropical steeze. Keeping all that jazz in place is a steady momentum of a nicely swung snare and shuffled highs that make way for the interspersed moments of tribal-child-chants that drop in over warm claps.

‘Asia Africa’ is a wild testament to Munir’s signature style of boogie and funk sensibilities, with an extended effort being made to create an ethno-clash of sounds. And it’s wildly pleasant. Known as the “best-known unknown” in Indonesia, Munir’s reputation runs as deep as his record collection — he’s responsible for putting his hometown Bandung on the music map, namely for his self-released edits that span across Indonesian funk, Chinese pop and Middle Eastern psychedelia. His raw take on music has also graced labels such as Dopeness Galore, No Bad Days and Singapore-based Darker Than Wax.

Enough reading, get listening. And clear the room, as you’ll need the space to just let go.

Listen to Munir ‘Asia Africa’ below and plant a tree by pre-ordering ‘88 - Double Happiness’ by FuFu Records here.