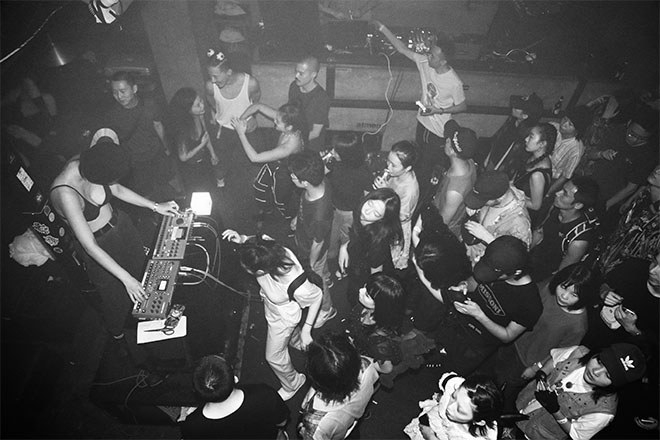 Delirious dance music is how we could best describe Kaishandao’s sound.

Born in Aotearoa (Maori for New Zealand), Kaishandao started making waves across China’s underground circuit in 2017, initially from experimental night ‘Blah Blah’ to then becoming a staple name at clubs and festivals across the country, namely at .TAG Chengdu and Chun You Festival. She is also the co-founder of Chengdu culture-focused online platform cdcr.live. It’s both her live sets and productions that have propelled her musical aura — live sets on Boiler Room and NTS Radio, plus releases on Siamese Twins Artists in Residence and the Crater Monde II compilation.

Experimentation seems to be her preferred approach to making music — since she was a teenager, she’s been reverse recording, creating demi-tempo slices and sampling with guitars and 4-track cassette recorders. The underlying factions of her productions lean on firmly grounded yet atmospheric beats, luscious space and varying BPMs that touch on minimal techno, lo-fi feels and wonky basslines of the post-punk variety (as opposed to funky wah wah).

She’s been building up to her album ‘Homeland’ since the start of the year with her first release of 2021, ‘Hearsay’ — a single that encompassed subtle r’n’b sleaze, a Xinjiang rapper and herb-infused mic-man Congo Natty.

What we’ve got on loop today is the opening track of her debut and self-released EP ‘Homeland’, entitled ‘To the East Coast’. It’s warm and fuzzy, just right for an opener, but with enough weight from grounded grooves to keep a floor steady. Kaishandao transcends sub-lush motifs, playing to that wabi-sabi approach of perfected imperfections. Rising and falling through tonal dualities, ‘To the East Coast’ is for the minimalist dreamer — think of renovating your home with this track in mind and allow for expansions of your space through discovering new nooks and corners of delight you never knew existed.