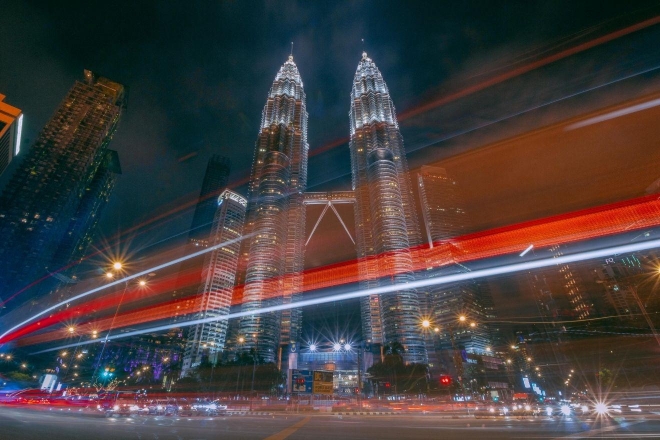 Kuala Lumpur was dealt a blow this past weekend when an event was raided by police.

The event, which was branded Gasing Works Vol 2, took place on Saturday, January 8 at Safehouse in Kuala Lumpur with Johnnyvicious and Gasing on the line-up.

The event started at 8:00pm and at around 10:50pm, police entered the event citing a breach of standard operating procedures (SOP). A reported number of 55 guests at the event were all fined RM1,000 each (US$240), and 33 of those guests — all foreigners — were detained. The owners of entertainment premises were also fined RM1,000, with at least one of the owners also being detained. The organizer of the event was also held.

Of those who were brought to and held at Brickfields District Police Headquarters (IPD), some say they were not offered a phone call and waited until Monday afternoon on January 11 to be released, only after people on the outside secured lawyers and paid hefty fees to negotiate their release. All of those detained are still expected to appear in court at a later date, including one of the venue owners who will face charges on February 10.

Subsequent reports quickly labelled the event a "private party" as the reason the event was raided, but a quick look on social media returns a well-promoted event at a venue that has been holding events for weeks. Advance tickets were available and sold out the day before the event.

Currently, events with DJs at clubs are not technically allowed to take place in Kuala Lumpur but — like many places in Asia — it's possible to skirt around restrictions and offer an event-like atmosphere in places like restaurants where food is served or hotel lounges where tables can be sat two meters apart, and the performance is considered to be "live".

Despite there having been many events with DJs in the past months, Safehouse ascertains that it is not a club and it operates as a cafe during the day and a venue for the local, young and creative community at night.

The venue first opened in 2019 just before the pandemic and branded itself as a "progressive and multipurpose creative space for the community". It reopened again about four months ago and a quick look at their operations shows that venue had been operating events since then, although many were indeed targeting the creative industries. Things like coffee tasting and cupping sessions, film screenings and interpretative dance performances were on the agenda, but as were music events — and that's where things get messy.

"We have run all our events as an arts event providing a creative space and outlet for those that need it and not as a nightclub," said the venue's founders Farhan and Naufal. "This event, organised by someone who we felt shared our vision, was no different in conceptualisation. But as the venue owners, we are accountable for what happens in the venue and in this incident, we are extremely sorry for this situation."

The venue does acknowledge that SOPs were breached, thus leading to the police raiding the venue, which according to local media, was because they were tipped off.

"We acknowledge that the SOPs, mainly no social distancing, was breached and hence have paid the fines in full. We are still in the process of ascertaining any further points and working closely with investigating authorities to get clarity."

Understandably, people in attendance are still frustrated with the breach, having been fined and even detained, some of which incurred costs of more than RM7,000 (US$1,670). One of the DJs booked, who goes by JonnyVicious, spent seven hours in holding. He claims he was booked under the premise that the venue had special permits to execute the event.

"I have stayed away from any gigs apart from online ones throughout the pandemic," said JonnyVicious, who was playing his first gig in two years at the moment the police arrived. "I agreed to this gig on the premise that the venue had informed its resident that they had a license for live acts (DJs have been included in the live act bill since a few months now); hence I agreed to gig and to market it from my side."

"As someone who has just decided to re-enter the gig scene, I must say I didn't take much notice to the SOPs that were to be adhered to by the venue; I simply trusted that they knew what they were doing and to add to that point, it was my first time at this venue. They informed me that we had sold out the day before and I knew they had done their job to make sure the amount of souls present was legal."

The venue, however, says they never made any such assurances. "None of the Safehouse partners have been in contact with said DJ as he was booked and duly informed solely by the organiser."

Safehouse says it was allowed to operate as an arts venue according to the Cultural Economy Development Agency (CENDANA), a government agency that funds the venue.

"One of the great initiatives the government has done is to help fund arts venues to stay alive through these unprecedented times," said the Safehouse owners. "But CENDANA doesn't give out permits or licences which are under the purview of the city council. CENDANA also recognises that DJs, like live acts and musicians, are creative performers and hence supports arts venues such as Safehouse in their efforts to keep the community alive."

What this means for the future of Safehouse and the general music community in Kuala Lumpur is bleak. For Safehouse, after struggling for two years during the pandemic, they might have to call it quits.

"If we are able to carry on as a creative space, we will continue to ramp up our efforts in solidifying and strengthening SOP processes and enforcement with the aim of ensuring a safer experience for our guests as their health and safety remain our priority. We have put our heart and soul into providing a platform for the younger creative community to thrive. None of the profits have ever gone into our pockets and instead into the staff that was hired for a job and artists that were booked to perform."

As most of the world enters a murky area when it comes to events — whether it's holding them or attending them — the due diligence of safety and precautions indeed falls on each and every single one of us for us to proceed as healthy and united music community. Let’s all look out for our neighbours, ok?