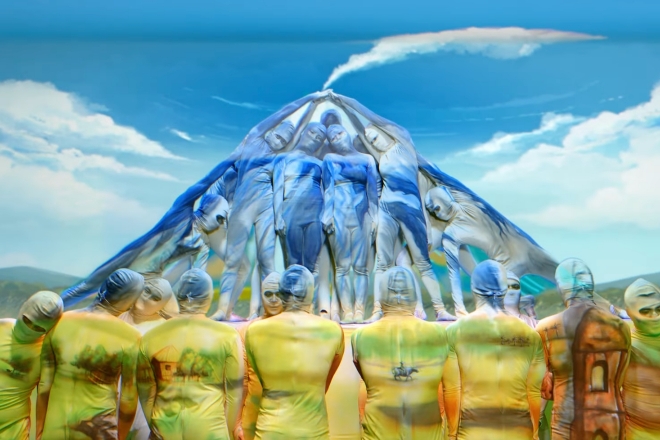 Countries all over the world are competing against one another to gather international tourists now that borders are slowly opening up. With an abundance of advertisements highlighting images such as breathtaking natural landscapes or alluring historical architecture, the Philippines decided to spotlight an even more memorable aspect of its nation; the people.

Titled ‘The People Make The Destination’, the ad starts off with a behind-the-scenes look at how dancers in full-bodied painted outfits shape various animals, landscapes and monuments. They continually twist and turn their bodies throughout the nearly two-minute video in this creatively innovative spectacle.

Read this next: Filipino label & collective Nais teases a new compilation for a greater good

“We want to show how, almost literally, it’s the people who make the destination. We recognize the people who have always made our destinations more memorable and more fun—our tourism workers,” describes Tourism Secretary, Bernadette Romulo-Puyat, in her Facebook post of the video.

Not only a visual masterpiece on its own, but the ad also brings forth a unique audio experience. It incorporates soundbites from 23 different locations across the Philippines, features sounds of instruments from ethnic tribes and spotlights the percussion playing of Dakila Garcia; a renowned percussionist from the province of La Union.

The Department of Tourism has also released a second version of the video for those who want to immerse in 360-degree spatial audio.

Watch the full video for ‘The People Make the Destination’ below: