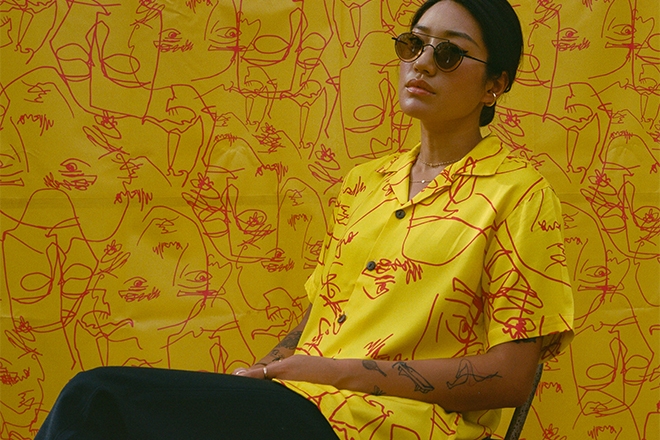 That’s how Korean DJ sensation Peggy Gou starts off a 10-minute long video she posted today on Instagram in which she recaps the last few weeks of 2019 spent in Bali. Actually, she first announces that she had too many tequila shots the night before, but that’s not what this story is about. It’s about Peggy Gou teasing what to expect from the opening of Desa Potato Head, which she thinks will happen in May. “It’s like Disneyland for creative people," she quotes.

Desa Potato Head is a creative village that is slowly unfurling around the existing Potato Head Beach Club as we know it in Bali. We already knew that it would feature a subterranean nightclub helmed by DJ Harvey, a recording studio, a listening space, an amphitheater, studio rooms and more, but Peggy gave her followers some insight into a few more unveilings including a ‘Gou Suite’ — a studio room she’s designed herself at Potato Head (one guess from our side, lots and lots of giraffes). Yes, you will be able to rent it for a night or two but not just yet.

In the video, she also teases a campaign being produced for the village that sees people in positions they’re not usually in — Peggy plays a receptionist, but as for DJ Harvey, his plans to play a drag queen were vetoed by management.

Peggy also takes viewers to Tanaman, a plant-based restaurant within Desa Potato Head where she experiments with jackfruit in place of beef and mushrooms in place of chicken, as well as a zero-waste store that will be distributing sustainability kits to all their guests so they can reduce their environmental impact on the island while trvelling.

“I would love to be part of saying no to plastic, you know, because it’s quite sad," she says. "You guys do amazing things around here with recycling, collecting trash, and all the flip flops you used for an art installation. We need to do something like this."

Finally, she shows some clips from her New Year's Eve performance at Potato Head in front of 5,000 people called 'Gou Year's Eve and Harvey New Year' together with DJ Harvey. The day after the show, she announced her second an eco-clothing collaboration with Potato Head which features a trio of shirts decorated with Peggy’s own illustrations that she’s drawn in her sketchbook while travelling between gigs across the world.

Watch the full video below:

Spent the last few weeks of 2019 in Bali. It was the best way to finish my year! (With stupid bug bite on my forehead tho) Dancing with 5000 people for “Gou Years Eve / Harvey New Year” party at Potato Head was one for the books! Apparently we broke the record ;) Thank you @potatoheadbali @danmitchl @djharveysgeneralstore @jae_huh 🎥 @angelofuture

Desa Potato Head opens this year as a decadent audiophile destination for music lovers. Read the full report on what to expect here.