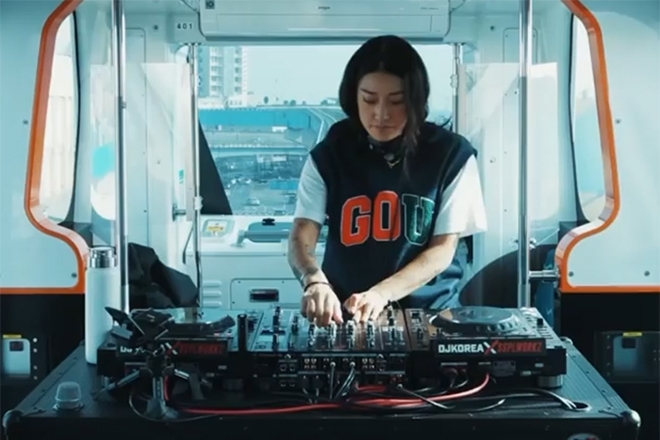 After sitting 14 days quarantine upon entry to her native South Korea back in February, we’ve been enjoying catching glimpses of Peggy Gou's life at home, from driving around Seoul to jaunts on Jeju Island and now a stream from atop a monorail.

Earlier this week, Peggy Gou took to Instagram to announce that she would be streaming from the Wolmi Sea Train in Incheon, showing off the city she was born in. Formerly known as Wolmi Galaxy Rail, the monorail circles the island of Wolmido in Incheon and is the island's biggest attraction.

“Long time no stream,” she said. “I’m not a big fan of online DJing tho, but I’m still happy to share music with you. Hope we can dance together soon!” The last time she streamed was from the Namsan Tower in Seoul in April.

She also added that the stream was her mom’s idea.

The stream together with Now.kr went live on Saturday, March 20, and if you missed it (we did), you can relive a couple of moments via her Instagram below.

Elsewhere in Gouland, Peggy has been busy. She’s been teasing several pieces from her forthcoming Peggy Goods Drop 4, a vest series that includes the one she wore on the stream, a hat, and tracksuit — all emblazoned with GOU. Items are available for preorder beginning March 29 here.

She also promises lots of material on the way via her label Gudu Records.