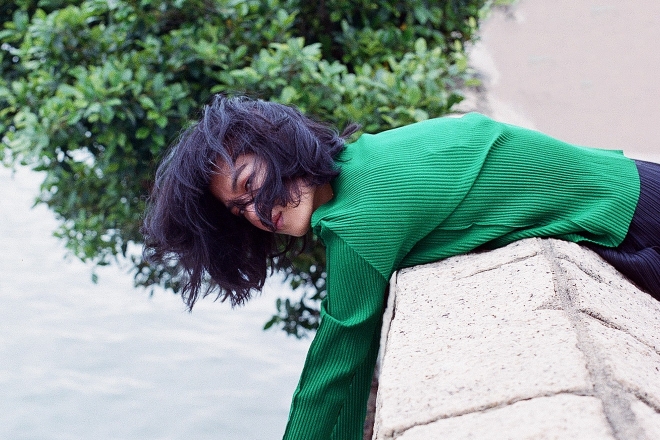 Hong Kong’s Xiaolin returns to 宀 Records with a cracking follow up to her MIHN002 EP, from which Mixmag Asia premiered her single ‘Lanterns’. It was an envigorating release that really drew out attention to the classically trained violinist, DJ and producer.

'Tower Moment', her sophomore outing on 宀 Records, is a testament of her going from strength to strength, and with far more compelling substance to back it up.

Read this next: Quarantine in 10 questions: Xiaolin has landed in China

The story behind ‘Tower Moment’ starts with a tarot card — the Tower Card — which more often than not depicts unforeseen events, danger or even obstacles. Xiaolin related to this card through a two-year period that she associates with being a restart in her musical career; she also treated the time as a healing period. The Tower card was symbolic enough to Xiaolin to spur ideas of fervent dance music, landing her back on a label from home and family turf (Xiaolin is also a resident at 宀 Club in Hong Kong with her HEX nights).

The EP is a breakdown of four foundational moments that manifested during her towering period: darkness, acceptance, transformation and freedom.

‘Tower Moment’ commences with ‘Dark Night’, through which Xiaolin makes an insightful statement that sets us off on a modest ‘I’ve got something to say’ type notion. It’s deeply and eerily sensual, and evokes the artist’s period of reflection, and perhaps refraction?

Read this next: This is Asia: 20 female artists pushing the sounds of the Far East forward

Things get comfy, and even more intimate with A side’s second track; ‘Safe With Me’ is an acid-laced, electro-groover, with just enough cheerful bounce to know you're smiling on the inside.

B-Side chugginess kicks in with ‘Lemuria’, and just like what we’re often hoping for, it flows with hypnotic tones and cosmic flair. Blue Hour culminates Xiaolin’s ‘Tower Moment’ on a note of euphoric bliss with an anthemic ‘Elevator’ remix of ‘Lemuria’.

We’re already eager to know what Xiaolin has in store for us in 2023.

Xiaolin 'Tower Moment' is out now on 宀 Records, and available on vinyl and digital. Have a listen below and grab your copy here.