Berghain resident and Marcel Dettmann Records label owner returns to Asia this month on a tour that will take him to Japan for the 7th time, China for the 2nd and a debut show in South Korea.

Often seen playing together with Ben Klock, Dettmann is one of the most influential proponents of contemporary techno and worked with Ostgut Tun long before Berghain was born.

Thus his set style is rare, delivering pure techno with Chicago influence and featuring tracks old and new of the past twenty-five years.

Catch him on tour in Asia beginning this week below. 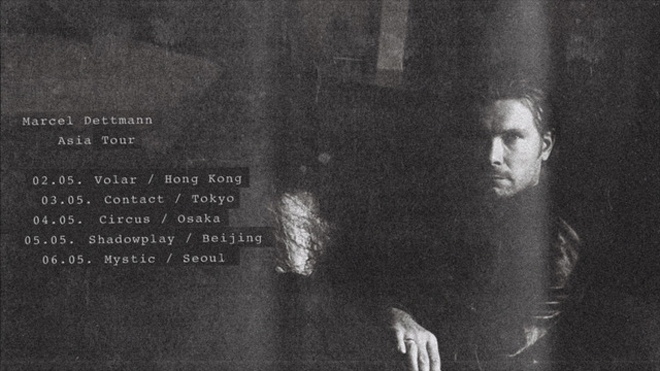