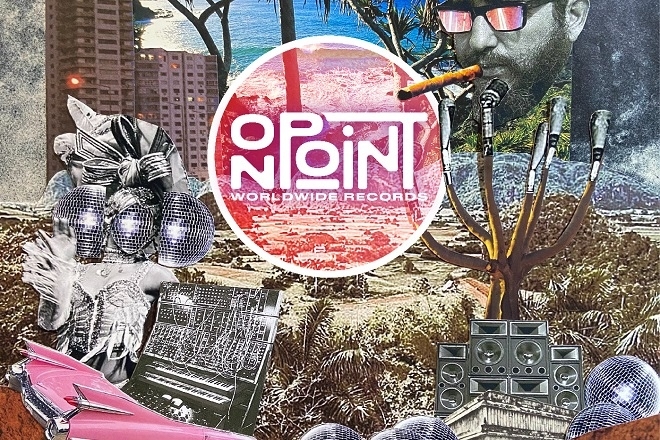 Vietnam-based On Point Worldwide Records are back in action with the (somewhat) politically-themed 'Cuban Disco Crisis EP'.

The OPWR team come across as a bunch who enjoy living life on the sunny side of the street. Now six releases deep, their inventory is comprised of deep house, nu-disco, and good old fashioned disco edits with a tangible theme of feel-good sunshine vibrations and dance-ready rhythms. Their global cast of artists so far includes the likes of Romain FX, Simon CM, and label head Nayla, and their latest offering comes from the mysterious, rubber mask-wearing studio maverick, DJ Ronald Reagan.

The colourful cover art continues the tongue-in-cheek reference to the infamous 1962 stand-off between the US and the Soviet Union, featuring a shot of former Cuban leader Fidel Castro enjoying a trademark cigar while sporting a fetching pair of shades. Now, Ronald Reagan wasn't in office during the time the Cuban Missile Crisis unfolded, but we'll forgive any historical inaccuracies in the spirit of embracing the unfettered happy-making music contained throughout the thoroughly enjoyable release. And, besides, could JFK have sculpted a compelling club-focused nu-disco groove? We're guessing not.

The EP opens with '68 Days (Sōsuke Uno's Heaven), which is styled as a “love letter to the city pop sound” that emanated from Japan during the '70s and '80s. Named in honour of the maligned Japanese premier who served ever-so-briefly before being unseated by scandal, the harmonically rich track bubbles along through blissful melodies, bouncing bass and crisp broken drums. Next, 'Reverse Bloop (DJ Vlad's Megamix)' sees heavy synths combine with tough beats and driving bass, as twisted samples and off-kilter melodies build to a wonky-eyed fervour.

We then arrive in the tropically-charmed 'The Man From Del Monte (Perfect Pineapple Edit)', whose striking melodic layers, jaunty marimbas and lively broken rhythms amount to something of a dance-floor guarantee. Finally, revered sunset maestro and Potato Head Bali alumnus, Pete Herbert, displays his perennial studio expertise, reworking '68 Days' into a slick, nocturnal burner. Here he trims the fat, emphasises the body of the bass, and adds signature sonic flourishes to maximise and refine the club appeal of the original.

DJ Ronald Reagan 'Cuban Disco Crisis EP' is out now, you can buy it here