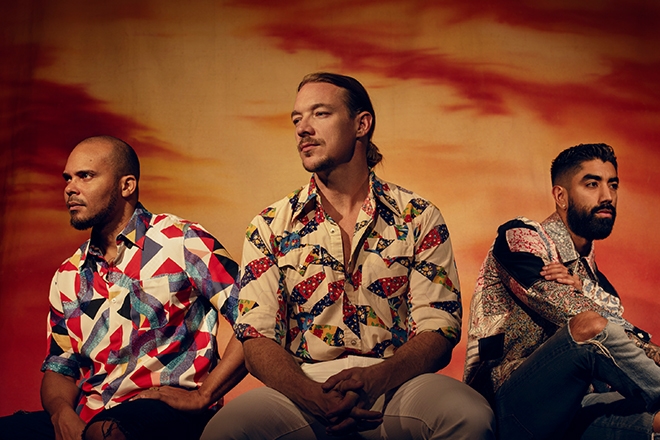 Today’s release between Major Lazer and Nucleya certainly deserves the placement of a milestone for India’s bass music scene — not just in India, but as a window to the world.

‘Jadi buti’ is one of the more trailblazing collaborations on Major Lazer's new album ‘Music is the Weapon’ on Mad Decent, which was just hit digital shelves today.

Nucleya delivers in his signature style, throwing tongue and cheek hints of Bollywood nostalgia, a surefire and uplifting bass rhythm and the charming vocals of Rashmeet Kaur. The collaboration is undoubtedly an adventure for both artists, and also a dream for Nucleya.

The bass lord of India elaborates, “I’ve dreamed of making a song with Diplo and Major Lazer for as long as I can remember! I’m excited to see how people around the world are going to respond to the track,” says Nucleya, adding, “My hope is that even though they might not understand what is being sung instantly, the audience will see that sometimes it doesn’t matter and they’ll be receptive to this global sound.”

Major Lazer are no strangers to India, the trio have pulled of 2 successful tours across the sub-continent, and also filmed the video for ‘Lean On’, their single which racked up over 3 billion views on YouTube.

Major Lazer and Nucleya ‘Jadi buti’ and the full LP by Major Lazer ‘Music Is The Weapon’ are out today, and will be available to stream on all major digital platforms.