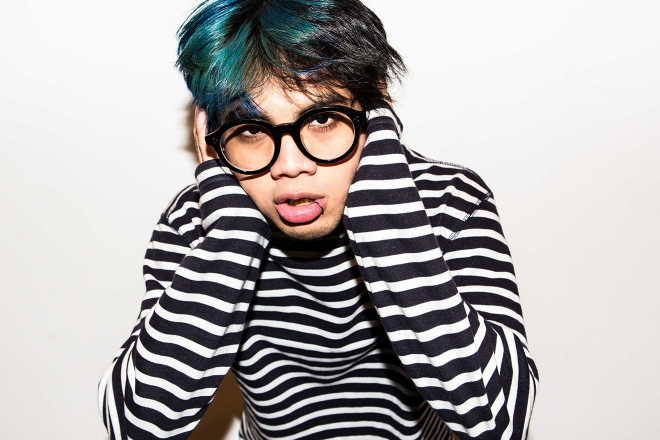 Two continents collide to take listeners on an alt-pop meeting of cultural markers that traverses east to west by way of a collab, one that probably brings tremendous pride to the Philippines. No Rome is a London-based Filipino artist that's one of the most exciting acts of this generation for the nation and has just solidified that with a drop called '1:45AM' together with Bearface from American rap group BROCKHAMPTON.

The two-beat track boasts a sublime piano solo that ascends to an upbeat, electronic pop soundscape with Bearface's emotive vocals layered over top and if you're hit with a heavy dose of garage vibes, it's because the tune was co-produced by George Daniel — from one of today’s most popular and chart-topping bands The 1975 — and UK garage producer MJ Cole, who pioneered the defining sound that emerged from nightclubs in London in the late 90s — garage. Eventually, the sound was blended with influences ranging from American house music to r'n'b along with the UK’s rapid drum 'n' bass sound, evolving into the kind of music we hear on '1:45AM'.

The culture clash was not the first — MJ Cole previously remixed No Rome’s 'Pink' in 2019 after the artist sent some music to Cole, which led to them meeting in a studio in London to push some music out. Getting this much support as an underground artist is definitely a breakthrough for an artist like No Rome.

It's also not the first time that No Rome and Bearface have met either. This release follows a track called 'No One Like U', a solo track that the rapper released in 2019.

On his own ascent into stardom, No Rome got himself signed to West London independent record label Dirty Hit, also home of a range of diverse artists like The 1975, Wolf Alice, The Japanese House and many more. This happened while the artist was living in London, which helped him gain more international exposure as an indie artist before heading back to the Philippines.

Currently, No Rome is working on his upcoming album but before that come out, check out his latest track '1:45AM ft. Bearface' below, a perfect tune for a midnight drive through Manila.