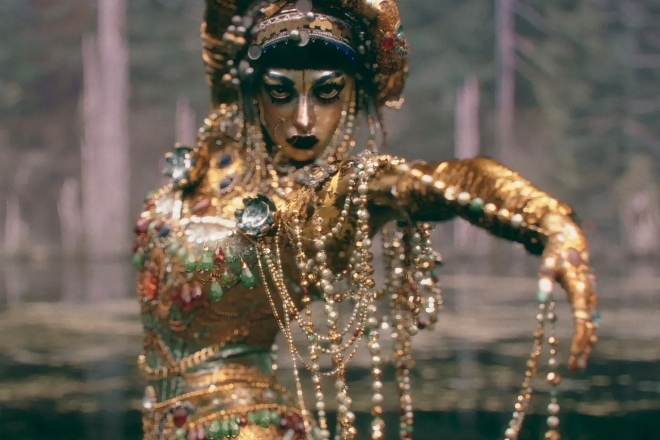 The wait is over! ‘Love, Death + Robots’, the eclectic adult animated anthology series on Netflix, officially returned for its third volume last Friday. However this time around, Netflix has encrypted a hidden activity for its audience.

Much like the innovational ‘Bandersnatch’ (the 2018 ‘Black Mirror’ film), Netflix once again presents a way of doing something interactive with viewers. In addition to merely watching the cyberpunk anthology, the audience can now hunt for QR codes while enjoying the vivid graphics of the show. Fans are then led to a site that showcases this season’s collective of visuals after scanning. Embedded within each QR code is a distinct image from volume 3 of the series that’s given the option to be downloaded in JPEG format or mint as an NFT.

Read this next: IT'S THE SHIP drops 888 digital ducks for initial NFT collection

However, the digital scavenger hunt doesn’t stop in the series; it’s also brought to real life. Besides being presented on-screen within the episodes, the nine hidden QR codes are distributed across the series' socials, digital platforms and even its physical billboards. Only three QR codes in the episodes ‘Three Robots: Exit Strategies’, ‘The Very Pulse of the Machine’, and ‘Jibaro’ have been unveiled to the community up until today.

The highly-anticipated third season has nine stories in total. It is produced and curated by Tim Miller, Jennifer Yuh Nelson and ‘Fight Club’ director David Fincher, who has also hidden Easter eggs as flashes in the infamous 1999 movie. In this third instalment of ‘Love, Death + Robots’, one can expect anything from a trippy Jupiter mission to a terrifying story of sailors on the high seas, in which the producers continue to push the boundaries of breathtaking animation.

For more on their NFTs, visit the designated website ‘Love, Death + Art’ here.

Netflix’s ‘Love, Death + Robots’ Season 3 is out now and you can watch the trailer below.