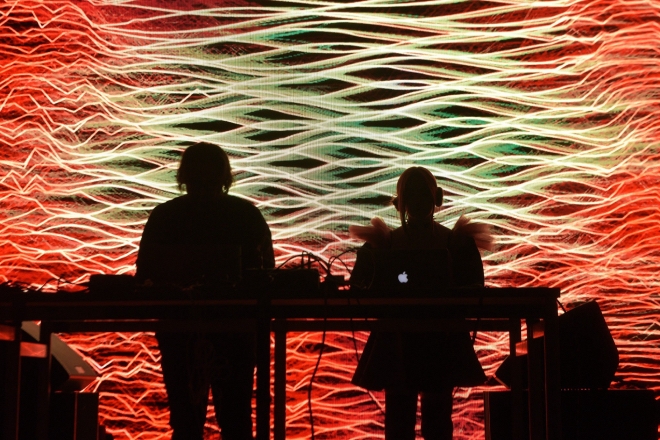 Now in its fourth year, globally respected music and arts event MUTEK.JP just keeps going from strength to strength. With previously announced acts such as Hyperdub boss Kode 9 and techno queen Rrose, new additions also include deeply-rooted names in Japanese club culture such as Soichi Terada, Kuniyuki and Sauce8, who will be playing a collaborative new live set. There will also be an interesting spin on a ladies night, with an exclusively female showcase by Katimi Ai, Chloé Juliette and Mari Sakurai.

According to the festival, Minimal Wave label head Veronica Vasicka will also play a "hard techno set with a touch of industrial new wave and minimal synths". MUTEK.JP has now confirmed over 45 acts including both up-and-coming local talent and seasoned international acts. Find the full line-up here: 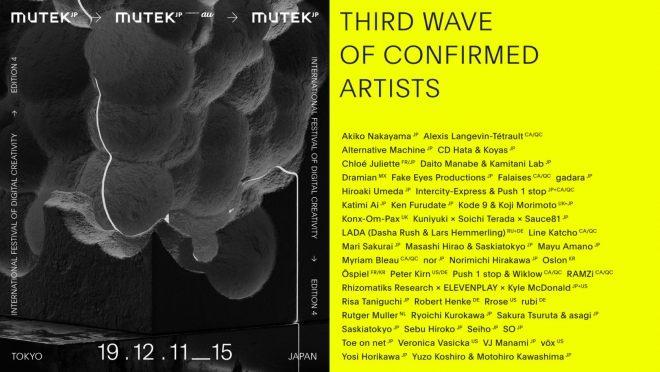 Since 2002, MUTEK has been promoting modern electronic music with a five-day events, digital labs, educational workshops, audio-visual art exhibitions and music programming. MUTEK.JP continues as their outlet for large-scale events and aims to foster local talent, providing access to the world stage. After a couple of years at the Miraikan Science museum, this year the event returns to where it all began in 2016 – Shibuya.