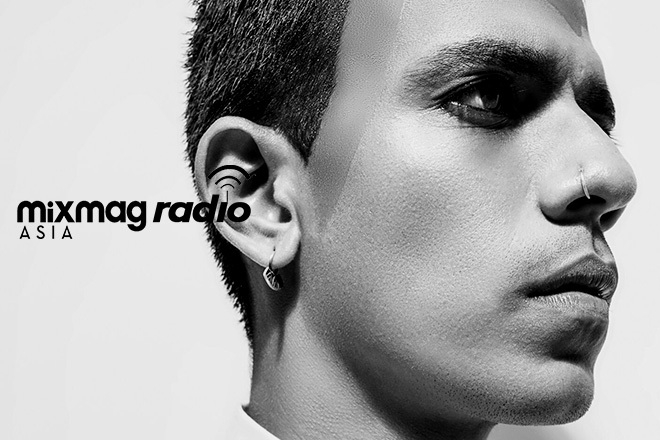 The future is now for Arman Menzies aka Zokhuma.

His present state stems from the progressive metal circles in India, which eventually led to him forging alliances with the off-kilter and alternative music makers from the electronic diaspora. In a short period of time, the 29-year old DJ and producer has been invited to play in Croatia, Netherlands, UK and Sri Lanka. He also spent time studying in the UK, which has evidently impacted on his style of sound of rampantly smooth energy with just enough curve balls thrown in for good measure.

Zokhuma brings an infectious energy to his sets, transgressing experimental electronica, breakbeats and disco — but that animated passion for the electronic side of things didn’t always exist.

Drawing back on his days as a metal guitarist Goddess Gagged, Zokhuma tells us, “At the time I was a purist and was of the belief that if it wasn’t played by actual people and a band it wasn’t real music . I disliked electronic music with a passion and thought it was gimmicky. Somewhere down the line I was introduced to trip hop music and fell in love with the combination of a live band and the exploration of synthesised sounds, electronic chops, sampling and audio manipulation, falling in love with artists like Massive Attack, Four tet and Bonobo. Around the same time I went to my first drum ’n’ bass gig and I found myself in very familiar territory with the heavy drum breaks, riff-like basslines and even a mosh pit. I quickly got obsessed, and found myself exploring the multi dimensional world of electronic music, which in turn got me wanting to create it.”

Zokhuma insists on a diverse music portfolio for both inspiration and his professional output — that diversity keeps him locked onto a variety of artists in the region including Kohra, Sunju Hargun, 3 Oscillators, Yung Raj, nat08, Sid Vashi, Chrms, FILM, Oceantied, Kumail, Hedrun, Frame/Frame, Disco Puppet, and Like Animals.

With a stunning tracklist weighing heavily on his UK influences, Zokhuma’s set is an 80-minute ride of infectious grooves.

Tune in below to Mixmag Asia Radio with Zokhuma from India.