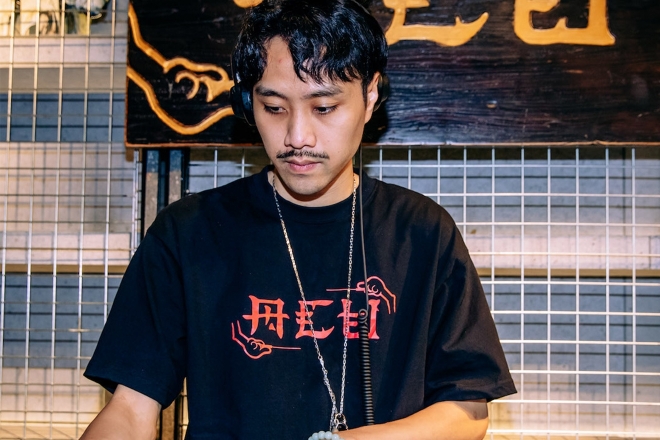 Knopha is catching on to be a household name across China, and now slowly, Asia’s underground club scene.

Truly praised for his insatiably hedonistic nights of journey-esque sets, it’s a pleasure to welcome Noah Li aka Knopha, to Mixmag Asia Radio.

His Beatween events have pushed social and musical boundaries in tandem, letting advanced sounds of house and techno shine and grow in their own queer and naturally amalgamating ways. Knopha’s parties saw him invite international and regional players like Orpheu The Wizard, MNDSGN, Yu Su, Mr Ho, Pender Street Steppers, Bell Towers, PLO Man and plenty of others. It’s from his own parties that Knopha’s name, and sound, were getting exported over gossip-waves.

As a technically savvy DJ, Knopha has a rare fluency with speaking across a wide range of genres — whether he’s ready to tear down a warehouse with hard, broken techno or if he’s going to take you on a calm, ambient-by-the-lake session that might possibly disillusion you as being on your way to enlightenment, the Xiamen-based artist has earned his badge at the higher echelons of the DJ ladder… if one was to exist.

When we spoke to Noah, he had this to say about his mix — “I would say it's a mix of old and new, percussive, bass heavy dance music. My goal is to try and play a wide range of stuff. And, I have learnt that when my set is more 'techno' leaning, the feedback is usually pretty good. It's good to know what people are into sometimes (unsurprisingly though). I have taken that as advice, to let the momentum I have built in a set to last longer, before heading somewhere else. This is what I have been learning to do lately.”

True story from the Mixmag Asia office: while Knopha's set was playing on our Void Acoustics babies, somebody yelled out, "Oh my trippy goodness". On that note, tune into Mixmag Asia Radio 094 with Knopha from Xiamen by hitting play below.