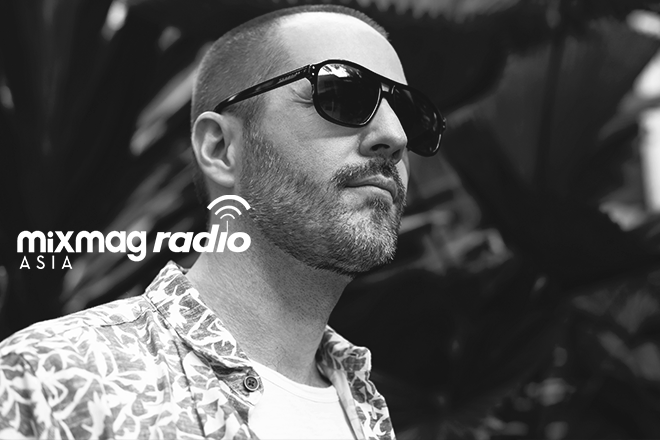 When he’s not reviewing the latest releases stemming from the region for this site, this talented man-about-music splits his time between the studio, gigs (when restrictions allow) and running his own music blog The Cosmic Tiger.

Musically, Patrizio puts up few boundaries, if any at all — his appreciation for sound is a deep and personal realm that has helped him etch an unprejudiced attitude to music. Pigeon-holing is child’s play for him; if it sounds good, and the room is right, he’ll want to play it.

Our Music Editor enlightens us on his musical upbringing, “As a teen I collected psychedelic stoner rock, grunge, and hip hop, then, one day, I found myself swept away at a techno rave in Brixton, which represented something of a tipping point. I finally found a context for dance music, and for a long time, I didn't look back. I started buying all kinds of electronic records, mainly German and Detroit techno, trance (which meant something quite different back then), speed garage and early drum ‘n’ bass. A few years later I was dancing at an outdoor event and feeling somewhat affected. The DJ was playing a set of unashamedly feel-good house music, and this was the first time I really got it – up until then I thought house was kind of cheesy, but from then on I spent probably a decade as an out-and-out house and techno DJ.”

His current repertoire has grown to consist of influences of cosmic and Afro nuances, Italo disco, Detroit techno, Balearic, deep house and more — Rocco Universal has an ability to flawlessly blend his influences both behind the decks for dynamic DJ sets as well as in the studio.

As a firm believer in off-kilter aesthetics, the Bangkok-based journalist-DJ has performed alongside some of the greats of the esoteric dance world including Hunee, Giles Peterson, Floating Points, Ben UFO, Soul Clap, Romare, and Ross from Friends among many others — and his studio output has landed him releases on touchstone labels including Leng, Kolour Recordings, Midnight Riot, Movida and a forthcoming release this year on Soul Clap Records.

And while keeping his finger on the pulse of what’s shaking and shaping the regional scene, Patrizio, or Rocco, has long admired Japanese cosmic and techno artists, like Chida and KZA, and was lucky enough to meet and play alongside the likes of Max Essa, DJ Kent, and Ryota OPP while living in Tokyo for a year. “Since I've been writing about music increasingly while based in Asia for the last few years, I've come across many more great and sincere creators and DJs, some of whom I really dig personally and many others who I respect and admire objectively. Here in Bangkok we have more than our fair share of wonderful crews, the More Rice gang, Transport, Giant Swing, Sabai Sabai, Boogie G, The Outsider, Wong Echo, and many more. In truth here in Bangkok there are more DJs than creators (and probably even fewer actual punters!).”

It’s the grandiose culmination of all his humble efforts in music and life that shape Rocco Universal — for this week’s show on Mixmag Asia Radio, Rocco says his intentions were to “Just to spread some love really”. The mix “contains a lot of brand new music and demos alongside a sprinkling of personal classics. It's much more straight-up electronic than anything I've recorded recently – as I generally to throw in a few more organic curve-balls – so I thought this one might appeal to the Mixmag Asia heads. Even though most of the tracks I chose more or less fall under the deep house banner there's a definite psychedelic/cosmic thread.”

He knows what he’s talking about, so we suggest you hit play below and tune in to Mixmag Asia Radio with our Music Editor Patrizio Cavaliere aka Rocco Universal.

Rocco Universal 'Fleeting Eternity' EP is out now on Cosmic Tiger Records, you can listen and buy it here