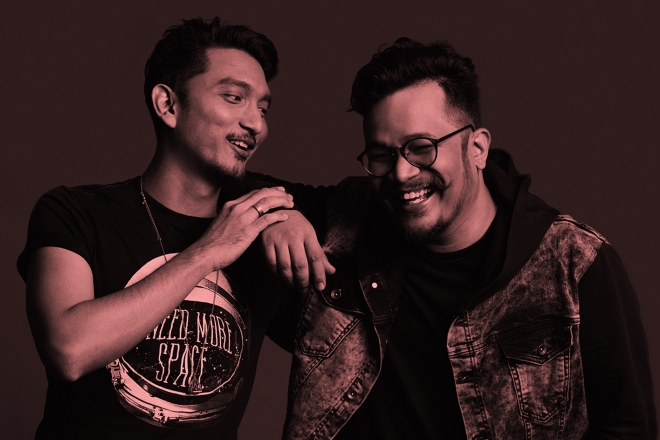 Nothing says ‘I love you’ more than a mixtape heaving with intimate and booty-shaking grooves.

Kuala Lumpur’s late night glitterati have been treated to the signature sounds of disco doctors Shaheed Naz and Robotron 5000 aka DANGERDISKO, for over a decade.

Since coming together in 2008, the pair have been riding high on their demand from Malaysia’s club circuit, international brands like the LPGA, Fred Perry and Hugo Boss, and festival bookings from across Asia including Future Music Festival Asia, Urbanscapes, Good Vibes Festival, Heineken Thirst Tour and Mystic Valley Festival.

Their debut album ‘Hedonism’ dropped in 2015 as a free release, which was followed by a Deluxe Edition that was sold across major platforms. Recently, they’ve been back in the studio busy on their forthcoming release ‘Astral’ featuring Irena Taib from The Impatient Sisters and an animated music video produced by Malaysian visual wizards Metakaji & Hyfy.

For today's day of extra loving, the Malaysian duo have compiled and mixed a very special Valentine’s Day set for Mixmag Asia’s listeners and lovers.

Tune in below for Mixmag Asia Radio's V-Day special with DANGERDISKO from Kuala Lumpur.