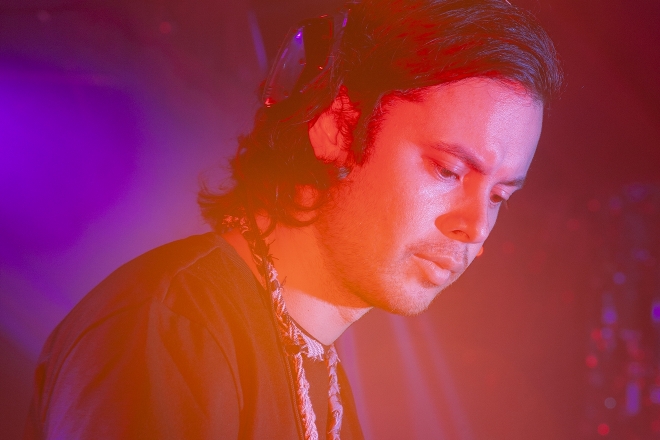 If you create rules only to break them, we’re listening.

Filipino DJ Emel Rowe was raised in Melbourne with that type of logic to grow with — and it has enabled him to apply diversity with no boundaries to approaching music.

“I'd like to say I can respect a genre and play that vibe for a full set, but I really enjoy it when I get to play long, and play all over the place”, says Emel.

We imagine his commitment to diverse sounds was also influenced by the two environments he’s been mostly immersed in, Melbourne & Manila. According to Emel, crowds and DJs downunder were a few steps ahead musically, but that didn’t necessarily mean they enjoyed themselves more — When Emel spoke to Mixmag Asia’s Samantha Nicole, he told her, “I think that's the goal of every DJ: people having fun with the music you're sharing. Don't get me wrong. I want the nerds on the dance floor to be engaged as well, but I also would hope that they stroke their chins 50% less and just let go and enjoy themselves.”

Emel’s humble attitude to DJing with unabashed variety led him to commanding sweatboxes at festivals, parties and international sets, as well as well a reputed residency at Manila’s former underground vicinity TIME, where the likes of Dubfire, K Hand, Jamie xx, Ken Ishii and Cinthie graced the city’s ravers. He joined a consortium of fellow nightlife propagators to be one of the co-founders of UNKWN — a community-driven business for quality entertainment, in the form of a house and techno movement.

Once the pandemic hit, all future plans that were in the pipeline were put on hold, or aside.

“Pre (pandemic), it was a whirlwind of projects. Over at UNKNWN we just had our first go at a stage at Wonderfruit for a night (which was awesome!) and were also gearing up for our first attempt at a music festival in February 2020! CC Concepts had two cine-concerts in the oven and a whole bunch of live shows lined up with Zaran and Alfred at Collective Minds Asia. And from then, it’s been a flash forward to 2022 and we are just coming out of this wave of Omicron. For me personally, I've been lucky enough to really focus on my physical and mental health and still earn from that so that's been huge for me, and then events wise, with the crew — I miss them, and everything that comes with it. So as soon as we get the green light, we plan on coming back in a big way. I'm ready and know a lot of us are as well!”

And wishful thinking can pay its dues — for those in Vietnam, you can catch Emel Rowe returning to the sweatbox at Equation's 'cave rave' in the north of the country from April 8 to 10.

Tune in to episode 085 of Mixmag Asia Radio as Emel Rowe takes us on an optimistically surreal journey, representative of our inevitable return to the dancefloor. Tune in below.