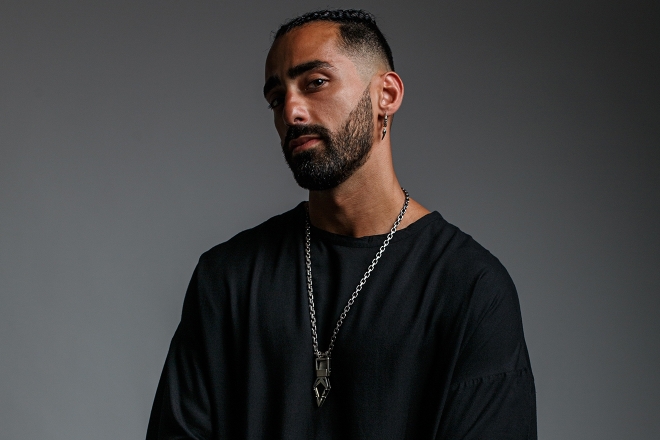 Upon moving to Bali, Iranian-born Jazzerimo found his calling amongst the stars and planets; from a young age, he knew the world of music was going to define his cosmos.

Jazzerimo started to play at underground parties in Iran in 2007 at the risk of getting locked up; being a part of a music scene gave him refuge and helped him deal with family and government-related challenges that would have otherwise seen him take a very different path in life.

Speaking to Mixmag Asia, Jazzerimo says, “I was born in Iran and became a full time DJ at 21. It’s always been my passion, it never crossed my mind to do anything else. My music is inspired by Carl Cox, Deep Dish, Maceo Plex and The Chemical Brothers.”

His first attempt at getting acquainted with Southeast Asia was in Kuala Lumpur in 2015, where he quickly entered the underground club arena and built a steadfast relationship with the local scene. Always armed with a diverse sound palette, in 2019 ventured across to Bali and quickly became a household name across the Island of a Thousand Temples.

The island life has certainly had an impact on him and his outlook on music — “The inspiration about the mix is from a concept I’ve had for two years already. Since I moved to Bali, I’ve had visions of aliens, spaceships and the Milky Way… that’s when I understood I could give people energy through my music and open their minds. For this set, I wanted to give them the feeling of being in space, so I’ve selected music that would give one the flow of what such a trip would sound like.”

His sound has been shaped by the island too, as his recent shifts to more uplifting and soulful feeling in music comes from having spent years immersing in rave and heavier underground sounds. The pandemic only added to that adjustment, Jazzerimo adds, “I also feel like we changed the music industry in Bali while borders were closed, sound in a lot of clubs used to be very commercial, and we would hear similar playlists over the island. My aim was to give people sounds they had never heard before, from different parts of the world, and inspire other DJs to be more unique.”

If you’re still in the queue for a ticket on Space X (and you’ll probably have to wait a little longer right now while Captain Musk renovates his new bird house), Jazzerimo promises to get you to new dimensions with the help of a healthy dose of groovy techno.

Tune into Mixmag Asia Radio 096 - the 'Space Invaders' edition, with Jazzerimo, below.