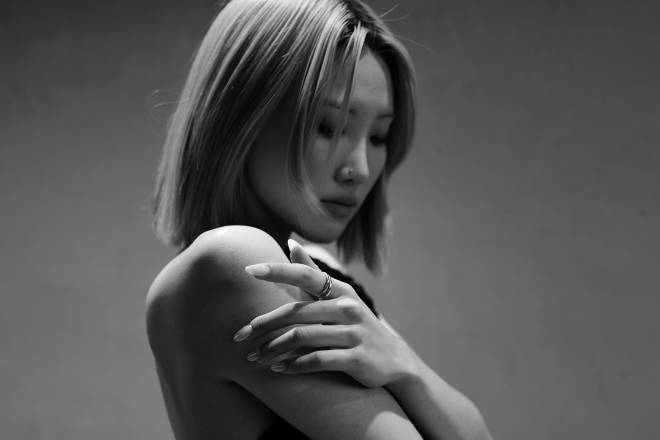 But it wasn't just the primed accolade that got her the aural attention she's been garnering across Seoul's local scene, where you'd find her playing at just about every respectable club and venue on a regular basis; Hyunhee embraces a fervent, wildly energetic sound that makes her sets both memorable and absolutely unexpected.

Whether she's got you tripping over on the dance floor to breaks, electro, acid-trance or rave-flexing flavours, Hyunhee finds a way to create a moment of Zen in chaos —it's obvious she knows how to find herself in absolute cacophony, and there’s an invitation for us to do the same. Her sets on Seoul Community Radio, Noire State (Manchester) and Rinse FM (London) have landed collaborations with Nike and OBEY.

But this all came through by going deep within herself during the pandemic— Hyunhee tells Mixmag Asia about what she went through, “Throughout the covid crisis, many venues and events had to be silent, and that led me to focus more on myself by digging deeper into my own musical universe. I used to often get inspirations by sounds I would experience at venues and events with overwhelming volumes that made me actually “feel” the music, but after the pandemic happened, I could now only “listen” to the music with Airpods and speakers in a car or a studio. At first, I had a lot of thirst for feeling the music, but this led me to another way to appreciate music by receiving the sounds directly to my ears. And in the end, I believe this helped me improve my skills in mixing and producing.”

The young Korean artist reminds us, “One thing that has not ever changed in me is that pre or post pandemic, I still remain in full focus on music and sounds for Hyunhee.”

Tune in to Mixmag Asia Radio 097 with Hyunhee below.