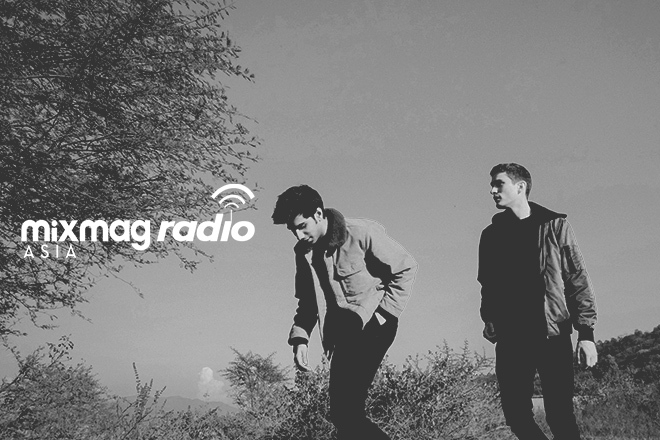 Indian electronica is not just electronic music from India. It’s a newly-coined approach to music being honed by transnational duo Anhad + Tanner. Coming together from the United States and India, the musical pair are drawn towards a sonic palette that they share symbiotically, that touches on each of their homes yet stretches far and wide around them. Anhad lays out what Indian electronica means, “we delve into interpreting traditional Hindustani music in contemporary electronica contexts. We take a lot of influence from early Asian underground soundscapes and blend it with the rawness of live recorded instruments while maintaining a fairly electronic palette.”

That crossover sound ushered around the world through pioneers like Karsh Kale, Talvin Singh, Tabla Beat Science and Midival Punditz, who are behind Anhad + Tanner with label support for their recent remix EP ‘In Other Words (Remixes)’.The EP featured some of India’s finest producers including the Punditz, Jay Pay Pei, Ox7gen and Anish Sood. The boys are also avid fans of wider sounds coming from India, including jazz contemporary Tarun Balani, Kavya, Lifafa and Blot!.

They met while working with a non-profit in 2016 where they were teaching together — it was a natural inclination for the both of them to realise that their far-apart music backgrounds actually had a compelling middle ground, one where lush soundscapes and compelling arrangements made way for an evolution of traditional sounds. Tanner brings to the table an instrumentalist background through jazz and Western classical music, whilst Anhad is a straight-up electronic producer. Over the young partnership, the two have blurred those lines of difference as Tanner immersed deeper into the technology side of things, while Anhad pursued a deeper understanding of formal music studies.

We’re happy to see the result of their efforts both in their album from last year which landmarked a strong entrance onto the circuit for the pair. “We spent so much time with the music ourselves, it was such an alleviating feeling to finally share it with the world, and since then, that feeling has only grown as we shared stems with some amazing producers in India to remix the music. The release of our debut album will surely always mark a special period for us.”

For this week’s edition of Mixmag Asia Radio, Anhad + Tanner step away from their live experience approach to DJing, and instead they “focused on showcasing a subtle yet dancefloor narrative which can be churned out of our primary sound, Indian electronica and some extremely melodic, synth driven for the floor tunes. It was a challenge, but that in its own way was an inspiration.”

Tune into Mixmag Asia Radio 053 with Anhad + Tanner below.