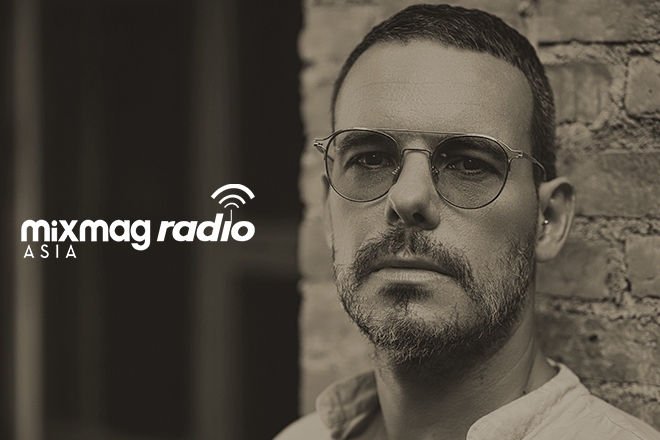 His earliest days of collecting records were heavily influenced by a tougher and more rigid techno outlook that took precedence in Germany during the early 90s, and that quickly grew into an acutely diverse portfolio of club sounds while he embraced his twelve-year residency at the world-renowned Robert Johnson in Frankfurt. 20+ years later as a globe-trotting DJ, the now-Thailand based DJ and producer, Dave Vega, says, "I really don’t want to reduce myself to any kind of genre, but over the years my range of what I play became smaller. I personally like different kinds of music to listen to, but that doesn’t mean you have to play them all."

Before moving to Thailand where he now spends most of his year, Dave was a busy lad traveling across the US and Europe and regularly playing at clubs like Panorama Bar and Berghain, on top of his residency at Robert Johnson. He's released on some of the world's best dance imprints like Bpitch Control, Serialism, Get Physical and Exone. But his time in Asia has brought a fresh excitement, as his preferred dance floor settings are far more intimate than what he grew up to — his approach is all about the “sound being built around the groove," says Dave. ”I always look for an interesting drum programming in tracks and like to play with different intensities. Last night I played some garage tracks in between a minimal house set, that really shacked up the dance floor. There is always a hypnotic bass line in my sets. Half of the music I play is usually at least twenty years old, from rare house to techno and electro records...vinyl-only music that never got released digitally, and I love to blend those in with my new tracks.”

His most recent project kicked off in 2018 under the name OGNI together with Tobi Neumann and Saktu from Russia — their first release was a vinyl-only EP on Spanish imprint Oblack Label, and a second EP ‘Kendo’ was put out by Berlin’s Mobilee Records and was well-received globally, getting airplay on John Digweed’s radio show amongst plenty others.

A huge part of Dave’s life is currently focused on the illustrious and psychedelic island on Koh Phangan, where he now calls home. “The typical sound of the island is very dominated between melodic techno and progressive house,” describes Dave, “with a few tech-house parties that play the typical pumping beats with vocal samples and snare rolls. And then we have the old school psytrance parties that are still around since the 90s I guess, and never left…but now there is a small but quickly growing crowd who want to hear something different. I come from a background of diversity; my personal favourite places to go out are in Moscow, Berlin and Amsterdam... I’m after a more edgy sound, taking risks. I understand this is a small island, but yes, I am very happy to see a movement now, it’s about time.”

Tune in below to Mixmag Asia Radio to get a better understanding of the ever-evolving sounds of Dave Vega with this dignified slice of raw and untampered dance floor heaven.