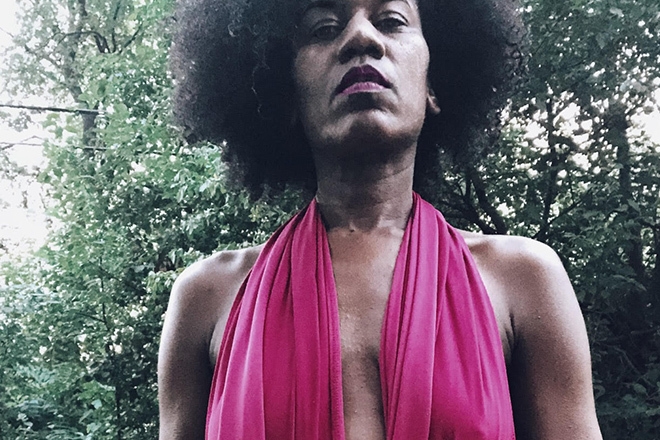 The content continues rolling out from Beijing imprint 'Adeen Records', this time in a beautifully crafted affair from Khadeeja Grace and as parent label of 'Graced by Burage Music'. The producer and songwriter from Chicago has premiered her forthcoming EPs lead single with us which is titled 'Deep Down'.

Grace's approach combines musical influences from past generations. Growing up to the sounds of Stevie Wonder, James Brown, Earth Wind & Fire and Roy Ayers and taking influences from soul, r'n'b, jazz, gospel and house; Khadeeja is well versed in representing her Chicago roots.

'Deep Down' is a well refined production reflecting on the incredible times we're living in and the current state of affairs worldwide The passion in which Grace expresses her words, sounds and rhythms and the way she intertwines them reminds me of J.Dilla and his work with Common, Slum Village, Erykah Badu, The Roots, De La Soul, A Tribe Called Quest etc. As someone who grew up a major fan of this soulful HipHop I couldn't really offer any higher praises. Dreamy chords, a muted bassline and rim shots highlight the track with the vocals of Khadeeja Grace fitting like a puzzle piece as she repeats 'deep down we're just the same'. A message of unity in these trying times. A simple and muted key progression comes in to highlight the ensemble like burnt orange peel garnish hanging off the rim of a Negroni.

Khadeeja Grace has seasoned experience in digital production dating back to 2008 and has a history working in the studio with Donald Lawrence, Sir The Baptist, Steve Stone Huff, Darius Brooks, PercyBady, Tink, PJ Morton and “Stand” from the The Birth of a Nation soundtrack and more. She has clearly developed into a well rounded producer and vocalist which is on full display throughout this single. 'Deep Down' is expected to receive the remix treatment including a version from 'Godfather of House Music' himself - Chip E.

Khadeeja has a nickname among her fans of 'Amazing Grace' and it's easy to see why. Her music is available on all major streaming platforms like Apple Music, Spotify, Amazon Music and Tidal.

'Deep Down' is released via Adeen Records as parent label to Graced by Burage Music and will be available for purchase on August 1 2020.