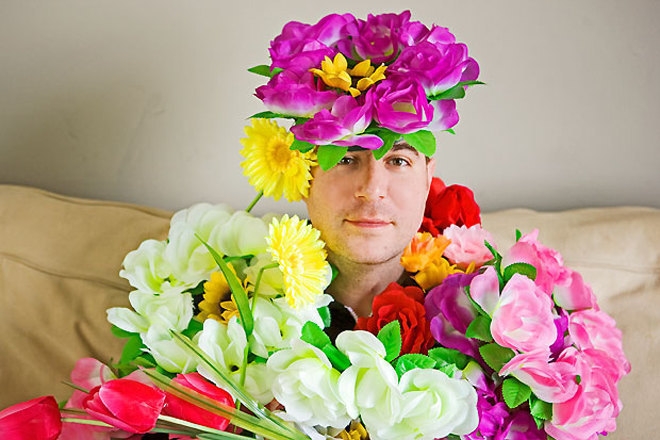 Justin Martin is an advocate for a downright good time and doesn’t take life too seriously. You know when you invite him to your party, he’s going to bring the bass and take it to the next level. His unique perspective on music means he cracks tunes that defy genres and blend together instead with one objective in mind – to get people to put their hands up and dance.

Along with Claude VonStroke, the San Fransisco based DJs founded Dirtybird Records and soon after that came Dirtybird BBQs and even campouts. This is the stuff legends are made of. Although they have yet to hit Asia with these legendary parties, we can still get a feel for the Dirtybird funk by throwing it down on the dance floor. We caught up with the always amusing Justin Martin in between shows while on tour in Asia and talked about Kill Frenzy+porn, pizza in Antarctica and surviving a hectic 60 date album release tour without an album.

What’s the best and worst thing about living in San Francisco?

San Francisco is my favorite place in the world. It’s home base for some of my best friends and the Dirtybird family, it’s a Mecca for creativity with a thriving music scene, and it’s quite simply one of the most beautiful cities in the world. I moved to San Francisco 16 years ago for what was supposed to be only one semester of college and I have been there ever since. For me it’s hard to find a “worst” about living in SF, some might say the weather but I find its temperamental moodiness to be quite inspiring. So I would have to say the worst thing about living in San Francisco is how much I miss it when I’m away touring for half of the year.

Describe Asia in one sentence to someone who has never been?

I don’t think its possible or fair to try and describe Asia in one sentence because every single city that I have been to is an entirely different and eye-opening cultural experience. I wish I had more time in each place I visit to soak it all in.

You’ve been out to Asia a number of times. What’s your most memorable WTF moment from your time out here?

That was my first visit ever when I played on a small island in the Philippines called Boracay. At the time, the majority of the island was run on generators so the power went out quite frequently. I was only supposed to go for a few days and ended up staying almost two weeks (when I got home I found out my girlfriend had left me because she wasn’t sure if I was ever coming back)! I remember getting off the boat for the first time and the island natives offered to carry me to shore on their shoulders so I wouldn’t get my feet wet. I ended up playing a sunset set on the beach and also six hours on a bar floating off the coast. It was fucking magical and I hope to return there someday!

What’s the best record ever released on Dirtybird and why?

It’s a tie between two records – Claude VonStroke’s Chimps and the Martin Brother’s Stoopid. I remember hearing Claude play Chimps at one of the early Dirtybird renegade BBQ parties and it literally brought me to tears. I was like “this is it! This is the sound, this is the vibe!”. Both of these records are fun, timeless, and helped define what was to become THE “Dirtybird sound”.

Why haven’t you taken Dirtybird BBQs outside of America yet? The list of things you can throw on the grill in Asia could get pretty interesting.

That is definitely one of the goals for the future! These last few years we have seen the Dirtybird BBQ expand from just a renegade party in San Francisco’s Golden Gate Park to taking over stages at major festivals, and even breaking ground at our own Dirtybird Campout this past year. The response has been overwhelmingly positive and I’d like to think we can take our sound and positive vibes to the edges of the earth! (or even galaxy, who knows??)

You and Barclay are known for being quite eccentric so I can imagine your fans go to the same lengths. What’s the most interesting way someone has gotten your attention in terms of handing off a demo or trying to get signed?

What is one Asian food cannot live without?

What’s the biggest difference between clubs and crowds in Asia from Europe and North America?

I read that you just did a 60+ date summer meanwhile I can’t go out more than one night in a row without needing a week to recover. Add jet lag and sleep deprivation to the hangovers, please teach us your guide to survival?

Bloody Mary’s. Lots of blood Mary’s. No just kidding! You know what? It all goes by so fast. It’s like a whirlwind of fun! Yes, the hangovers and lack of sleep suck sometimes but the good out weighs the bad and I am so lucky that I get to travel the world playing the music that I love for my fans. That thought alone keeps me hungry for more and more! I feel blessed everyday.

Obviously it was not your intention to have 60 album release parties without an album, do you think you learned anything from the way things worked out?

It’s been a really interesting and crazy year for me. Trust me when I tell you that I really really wanted to have my album out in 2015, but I live a hectic life with a hectic schedule. There is really no way to plan these things. We book my tours six months in advance because I am almost always touring, so when we booked the album tour I was like “sure, of course I’m going to have my album finished by then, it’s six months away!” but in addition to having limited studio time I also have the problem of being a bit of a perfectionist and I strive to make my music timeless. And when you are trying to make music that is timeless, deadlines suddenly do not matter, only the end result matters. I MUST be happy with the music before I release it. Looking back I actually wouldn’t do anything different, the tour was absolutely insane, and now I have an album that I love coming out very soon!

So it took you a lot longer to make Hello Clouds than you first anticipated. Do you think all the time, effort and money invested in making an album is still worth it today in an industry fueled by speed, streaming and singles?

Yes! Making a project – a whole body of work – is a lot more rewarding in the end. I get to make music that isn’t just built for a dance floor, and there is a lot more of my heart and creativity that goes into something like this. If you look at the time span of music that went on Ghettos and Gardens you could say that that album took me six years to make, yet it was one of the most rewarding things I have ever created as an artist and a musician.

Where and what was the dirtiest bird you’ve ever eaten?

I once ate an uncooked chicken McNugget at McDonalds when I was drunk. Serious mistake, but on the bright side that was one of the last times I ever ate McDonalds.

You make A LOT of really funny SnapChat andVinevideos. Ever had one that just went ridiculously wrong?

I think they all go a little wrong to be honest. That’s the beauty of it. Both are just away to take my fans with my on my whacky adventures, and one step deeper into my silly mind.

You’ve described the Dirtybird sound as booty shaking. What three tunes from other artists right now make you want to get on the dance floor and shake YOUR booty?

Maximono Don’t Give a Fuck Style.

You make a lot of people laugh, but what’s the last thing that really made you laugh?

2016 is suddenly very, very soon. What’s the most outrageous but reachable goal that you want to accomplish next year?

2016 is all about finally releasing my Hello Clouds album project! I’d also like to eat pizza in Antarctica, as that’s the only continent I haven’t had been to and had a slice in yet.

Catch Justin Martin in Asia ahead of his Hello Clouds album release next year.