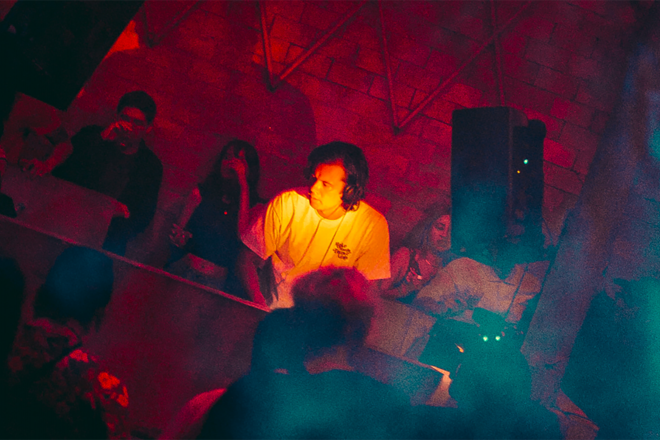 Discussions about the art of warming the floor have been going on for quite some time now. Not all DJs have the discipline of pacing themselves, of having a deep-seated understanding about what it means to open the night — often, to a barely occupied dance floor.

But not Emel Rowe, and that’s also not to say he isn’t as magnetic when he plays peak time or afterhours. The Filipino-Australian DJ has the love for music engraved in his DNA, and it continued to be his driving force to this day. He spent his younger years in Melbourne listening to disco in The Toff, which featured Andee Frost’s weekly residency, going to techno late-nights in C Grade with Otologic as well as frequenting Tornado Wallace, Motor City Drum Ensemble and Mike Callander’s sets, to name a few, Rowe immersed himself in what the city had to offer. It didn’t take long for him to realize that behind the booth was something he wanted to be in, other than aspiring to become a professional basketball player. 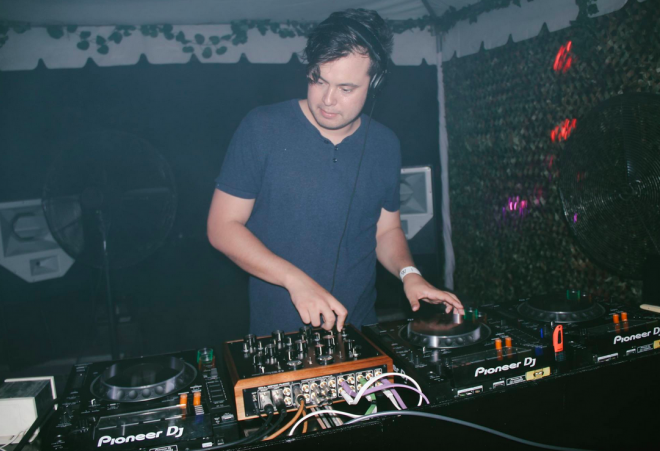 “I was lucky enough that the internet would offer free options so I could get my ears and mind around blending two songs together and at the same time have a mate who had a couple of crates of house records and a fresh pair of turntables to practice one,” he shares.

Flash forward to when he made the big move to the Philippines, Rowe was hungry to enliven his craft. He arrived at a time when EDM / big room sound was the majority’s main haunts, and non-commercial dance music was niche.

“When I got to the Philippines, there was nothing in terms of underground sound, not that I knew of anyway. Avicii had just solidified himself as EDM personified for Manila and every spot wanted to play it. You’d be walking in a mall at 11am and the speakers of almost all the stores would be playing the big room sound. It was a lot,” he recalls. “There were a handful of promoters that weren’t having it and again, I was lucky enough to be here just when not everyone was a DJ yet so I decided to give it a go after a gentle nudge from nightlife royalty, Marie Garcia. She had her foot in both worlds and had the respect of the underground. She was also holding a solid residency at Opus, which was right next to Republic, the no.1 EDM club at the time. She gave me a quick tutorial on how to use CDJs and then I never looked back.”

Rowe, who’s had both an immersive experience being a listener and DJ in two countries that contrast in many ways in terms of nightlife and audience reception towards listening to other genres of electronic music, mulls over what can be done in a country that’s mostly embraced the mainstream. 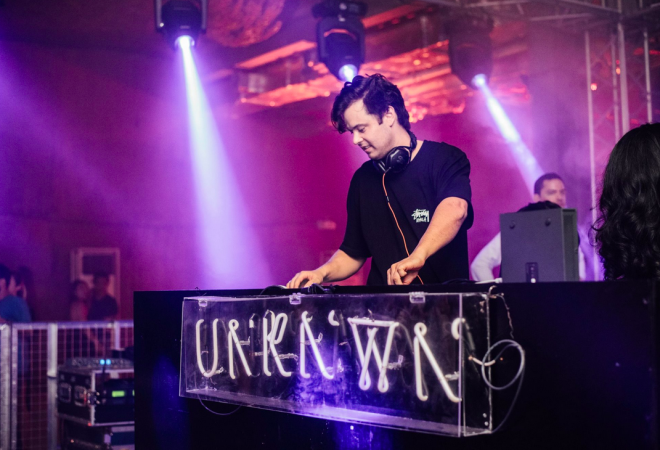 "[In Melbourne], you could be playing some Belgian new beat track, and maybe a quarter of the crowd already know it or already own it, versus here where that sound is still quite new. That's not to hate on Manila because they don't know that track. It just means it's brand new so they are excited and partying straight off the bat, which means we are enjoying it right away — which makes playing here a lot of fun! I think that's the goal of every DJ: people having fun with the music you're sharing. Don't get me wrong. I want the nerds on the dance floor to be engaged as well, but I also would hope that they stroke their chin's 50% less and just let go and enjoy themselves."

After playing a string of parties, festivals, international gigs, and gaining more ground discovering more spots with like-minded promoters and audiences, Rowe — as driven to grow as he has always been — landed a residency in the now-defunct TIME in Manila, which saw the likes of Dubfire, K Hand, Jamie xx, Ken Ishii, Cinthie, and countless more. Within nearly four years of playing in the beloved afterhours club, he's gone beyond the sweatbox and into organizing his own parties. 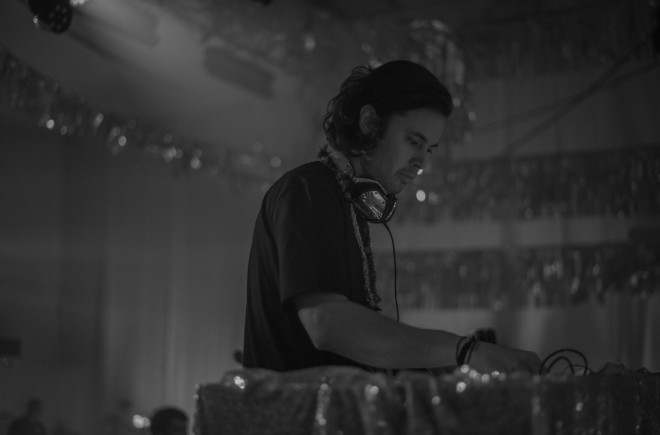 The magic behind Rowe isn’t only about how he doesn’t shy away from not cutting songs short and “letting the songs breathe” or the fact that he has developed an accurate skill of reading the room. It’s also about making space for others to shine.

“That meant I had a lot of trial and error moments in there. It also meant a lot of not playing the main slot in my own party to make way for the guest. So “taking off” and “landing” is where I really got to cut my teeth, and both sets are different and delicate,” he says. “During a closing set, a mistake in mixing or key are enough to snap people out of their vibe or trance. During an opening set for a leftfield techno guy, it demands you keep your volume low and you build up to their set because they are the hero, not you. It’s hard because every DJ wants that moment. But because they were my parties and because I wanted that moment for someone else, it was almost like I got the thrill of they could pull off a moment. It’s like their success was also my success. I still play like that now, and I get great joy from watching my mates kill it after me.” 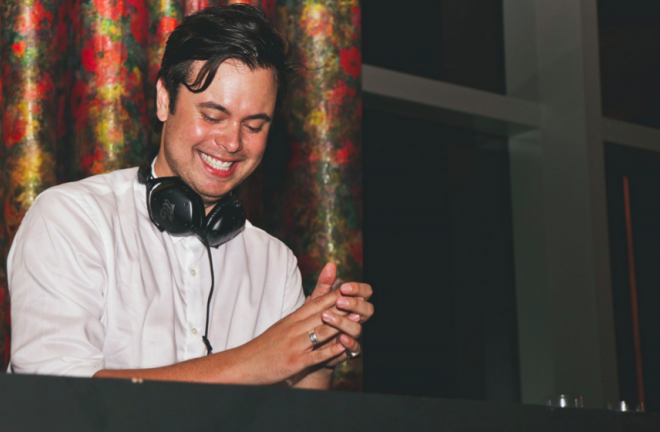 He expanded his horizons further by co-founding UNKNWN: a cultural collective that has brought the likes of Tim Sweeney, Four Tet, Hunnee, Kim Ann Foxmann, and more. With the pandemic essentially killing off local nightlife for nearly a year, everything and everyone in the industry needed to take a step back. Now that curfew has been lifted and clubs have reopened, Rowe yearns to kickstart again.

“I think an initial success is that we made it, and that despite all of this, there are people out there who are willing to start again and are trying to truly live. We’ve spent so long away from each other out of fear and now are all reconnecting coz of love. So the exciting thing for me is to build off that and put that into my sets, events and gatherings. How can we get you feeling again not just as an individual but as a group and in what setting can we create and share these precious moments? Before, it was all about the most interesting locations with the immaculate sound and lighting packages. Don’t get me wrong. I want that as well but for now, I’m happy that I’m here, kicking on, playing for people with open hearts and minds. Whatever happens next, we’ll have to wait and see.”

In between playing marathon sets every week pre-corona, organizing parties across the metro and the pandemic suddenly cutting parties short, Rowe has also cited the importance of destigmatizing mental health issues surrounding the nightlife — one that’s all too often taken the backseat among DJs, promoters, club owners and ravers. 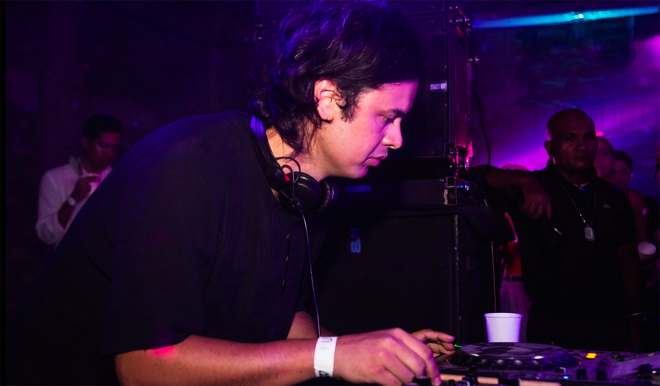 "I'm pretty open now with my own battles with depression but I wasn't always like that. I suffered alone for a really long time and it wasn't until the end of 2019 where it all came out and I was unable to hide it from my colleagues or close friends. Even without covid, the event game was no joke. The stress and anxiety from any event was something I didn't really acknowledge until it had infected almost all parts of my life from my work ethic to my close relationships. It sounds wild but that peak joy you experience from a successful event still elicits a comedown. Luckily, I had friends who were quite open about their own struggles and shared with me their tools on how to navigate them. The best thing I ever did was decide to speak to a professional and whenever I get a chance to try urge people to talk to someone. I think everyone should have one. We spend so much and money effort on what the world see's and barely any effort on the stuff going on inside our minds."

To say that Rowe is one of the most hardworking DJ's and promoters would be an understatement. After being active in the scene long enough, his yearning to grow and cultivate the industry hasn't waned — even more, his desire to bring everyone along for the ride.