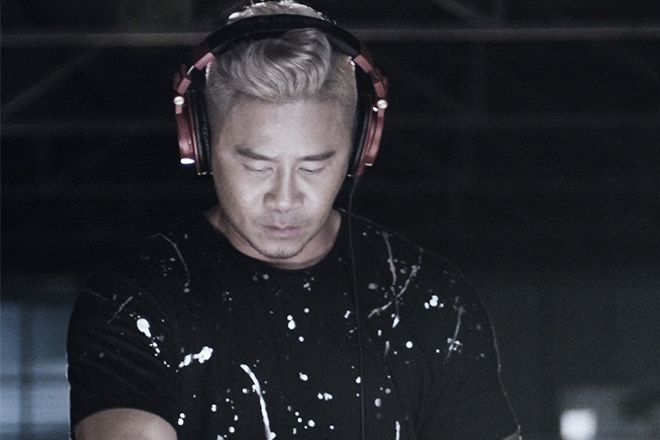 Aside from dominating club circuits around Asia, Los Angeles and San Francisco, BK (Big Kid) has been a thriving music producer as well as an advocate for the global LGBTQ party scene. His most recent endeavour comes in the form of a remix for Jamaican-American electronic outfit Major Lazer which was founded by Diplo and Switch back in 2008.

‘Lay Your Head On Me’ by Major Lazer and featuring Marcus Mumford came out in March earlier this year on Mad Decent, but just got a refresh with a remix EP released two days ago. Coming in loaded and most notable amongst the fresh retakes is the delivery by BK and his ‘Big Kid Big Room Mix’ — a throbbing and tribal groove fuelled by sharp and macho synths for a top line. It’s a sure winner for many disco rooms, particularly those that frequently feature the likes of BK as headliners.

BK is a native Singaporean and has been caning dance floors across Asian cities like Taipei, Beijing, Hong Kong, Bangkok, Shanghai, Guangzhou and of course his hometown. His reputation has grown far wider over the last couple of years, notably around California, Sydney, Zurich and Honolulu, making him one of the few and rare Asian artists who have successfully crossed over from strictly Eastern audiences to a serious following in the West. Vigorous dedication has certainly brought him to where he is today, having regular fixtures at famed after hours parties like Reflex and Momentum in LA, and clubs like Chaos, Underworld and Shangrila in San Francisco.

Since peaking the Billboard Dance Club Play Songs chart in 2015 with his remix for Philip George ‘Wish You Were Mine’, it’s been an uphill road of successful releases of that insatiable tech house vibe laden with orchestral sweetness. He’s a highly sought after remixer appearing regularly in remix packages for a unique range of artists from the likes of Dave Aude to Ariana Grande. And to no surprise, he’s charted remixes for Dave and Ariana on Billboard, with both releases hitting #1.

Major Lazer featuring Marcus Mumford ‘Lay Your Head On Me’ Remix EP is out now, have a listen below and buy here.