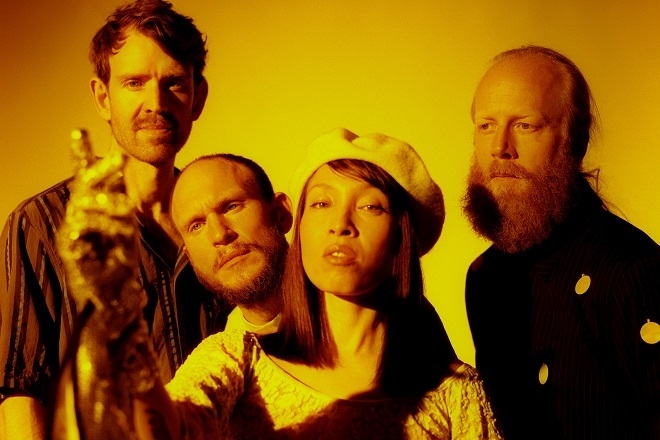 Little Dragon have announced the imminent releases of their new EP, 'Opening The Door’.

Due to arrive on September 16 via the ever enjoyable Ninja Tune label, the EP follows the lead single taken from the collection, 'Frisco', which landed on August 10.

'Opening The Door' also features “Stay”, a collaboration with respected East Atlanta rapper JID, a union born out of mutual admiration, as the band explain: “We found out JID was a fan of our music and so started listening to his. The feeling quickly became mutual. His writing and singing is so sharp and creative we had to ask him to be on a track!” The result is a sultry track that muses on the tribulations of being in a long term relationship, “showing your vulnerability and expressing your wishes to keep dreaming and growing with that person”

A second collaboration, and final track on the EP, comes in the form of 'Peace': an ethereal, rhythmic song which features the acclaimed Swedish musician Stefan Sandberg on flute. Speaking about the release of the EP, the band said: “‘Opening The Door’ represents being brave and moving forward into the unknown. Endless possibilities and embracing uncertainty. We have so much new music to share, and it feels like we are finally opening the door and releasing it out from our bubble and into the universe!”

Their most recent album ‘New Me, Same Us’ was released last year on Ninja Tune and lauded by the international music press. Entirely self-produced and recorded at the pioneering Swedish band’s studio, the album saw the band go back to basics, falling back in love with their instruments: drums, bass, keyboards, harp, guitar and voice, to produce some of their most focused music to date. The album hit #5 on Billboard's Top Dance/Electronic Albums chart in the US, with Mixmag UK calling it “a futuristic record bursting with lush textures and elevated by lead singer Yukimi Nagano’s sublime vocals."

Little Dragon 'Closing The Door' is out September 16